This is a list of 5 AMAZING Coming of Age Films that you definitely need to see before you die. They WILL change your life, and below, are some examples of why that is.

Written and directed by the lovely and talented director Greta Gerwig, Lady Bird displays an imperfect, but sincere young female protagonist named Christine, who has endearingly appointed herself the name ‘Lady Bird’, going through the highs and lows of her last year of high school. While a lot of the story focuses on Lady Bird finding herself, her true strengths and weaknesses of her own character, the story especially highlights her navigating a tumultuous but beautiful relationship with her mother, exploring how their lives parallel one another. It perfectly encapsulates the hardships of mother/daughter relationships that so many young women go through in their lives, and is relatable in a very raw and heartfelt way whether one sees themselves as the teen girl or as the mother. Not only will it tug on your heart strings, but it will make you laugh, a lot. The early 2000’s nostalgia is EXTREME with the rockin’ fashion choices, the music choices, and the other pop culture references. Also, Timothee Chalamet AND Saoirse Ronan are in it. Just saying. Perfect for a mother/daughter movie night, or for anybody who, in the words of Lady Bird herself, “Just wants to live through something.” 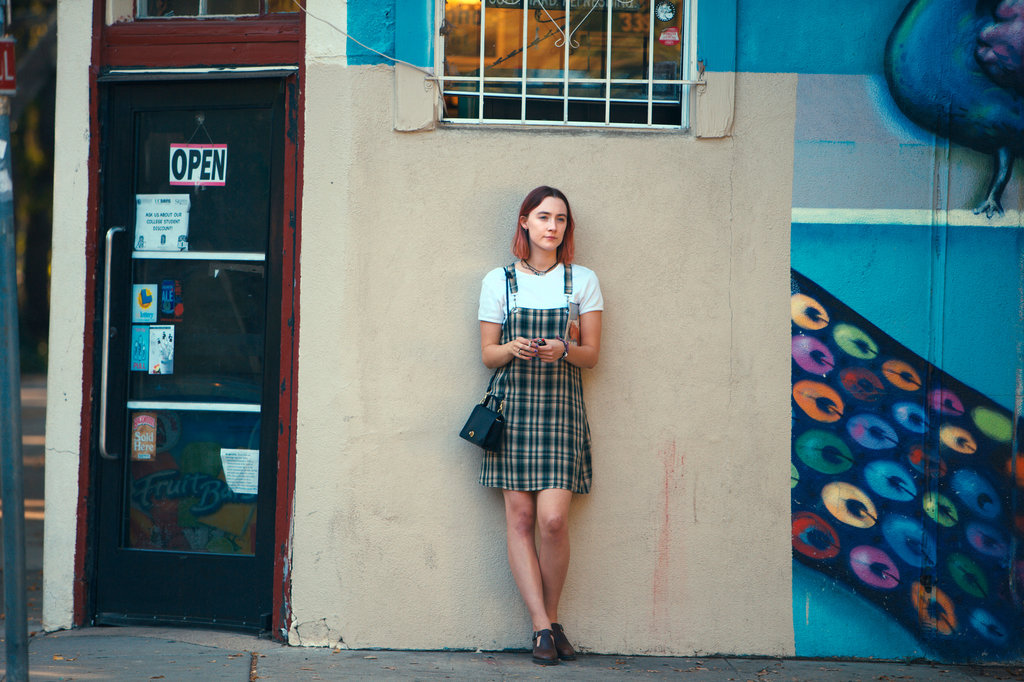 20th Century Women is one of the most electric yet heartwrenching coming of age stories of all time, and I stand by that. Directed by Mike Mills and notably starring Annette Bening, Elle Fanning, Greta Gerwig, and Billy Crudup, 20th Century Women focuses on a mother and son in 1979, Santa Barbara, California, so right away you know this film is visually appealing, complete with 1970’s fashion, slang, and especially, MUSIC. The music alone is incentive enough to watch this film, with a soundtrack ranging from the Talking Heads to David Bowie to Louis Armstrong. The story follows this eccentric mother and son duo as they have opened their home up to different borders who will be staying with them. As they navigate their unique mother and son relationship, over time the wonderful and wild borders of the house come together and all take part in raising the son, helping him with his transition from adolescence to adulthood. They teach him all about life, love, sex, art and allow him to become secure in himself. Again, this movie will definitely tug at your heartstrings at times, but it makes up for it with the funny writing and lively and imperfect and real characters. It will help you see that life is much more than what it seems like right now, and that what you think your life will be is not necessarily what it turns into, but that is okay, and it’s worth finding out how your own story ends. 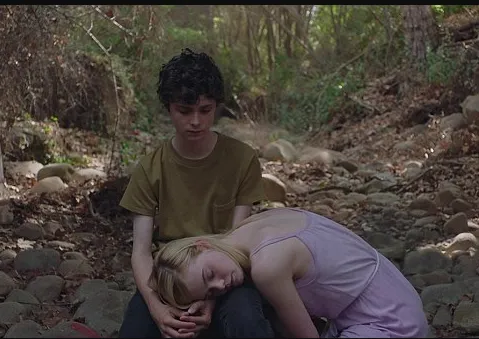 This 1986 film, directed by Rob Reiner, is based off of a short story written by Stephen King and is one of the most highly regarded coming of age stories of all time- and with good reason. The film stars River Phoenix, Wil Wheaton, Cory Feldman, Jerry O'Connell, and includes Keifer Sutherland. The story focuses on four boys in early adolescence named Gordie, Chris, Teddy, and Vern, living their lives in a small town in the 1950’s. Let me just start by saying, the chemistry between these boys is what makes an otherwise simple story into something of pure gold. These kids are hilarious and earnest and unique in their own ways, and the dynamic between them all is absolutely perfect. As the summer winds down they are met with an onslaught of different feelings about their future and the fear and sadness that they may all be going their separate ways, the boys come to hear that a local teenager in their town was killed by a train. Always looking for an adventure, the boys get the brilliant idea that it would be  exciting to hike along the tracks and find the corpse, all with the hope that they will be the heroes who found the body and they will end up in the newspaper. They begin their journey with light hearts and a little pep in their steps, assuming this will be a fun adventure to mark the end of summer. But their conversations quickly shift from discussing The Mickey Mouse ClubHouse and Superman and turn into real, raw, emotional discussions about their lives, their families, love, loss, reputation, fear, hopes, and dreams. These characters give a glimpse into their own individual worlds, and prove that the lives of children are not always so innocent and carefree, but are filled with contemplations and thoughts and feelings as strong as any adult’s. The bond between the boys, the sincerity and vulnerability that is depicted, and the overarching message of how important the friendships you have in your childhood are, is what makes this a truly remarkable film that you HAVE to see. Almost Famous, released in 2000 and directed by Cameron Crowe, is one of the most vibrant and fun, while still nostalgic and melancholic, coming of age films ever. Starring Kate Hudson, Billy Crudup, Frances McDormand, and Patrick Fugit, Almost Famous, set in the 70’s, tells the funny and charming story of a teenager named William Miller as he lands a gig as a writer for Rolling Stone magazine, setting his journalism gift ablaze as he tours around with a band called Stillwater. This movie is all about the characters, and it contains some of the most fun and multidimensional and imperfect characters in film. Most notably, the story features the lovely and mysterious and wild Penny Lane, who is, one of many, groupies travelling with Stillwater, although she would never admit to being a groupie herself. Penny Lane takes William under her wing as they travel together, teaching him about love and life and exposing him to a world he had never known before, a world full of light and music and drugs, a world of both fun and fear. The film is very aesthetically pleasing and is packed with beautiful pop culture references from the 1970’s, and especially, as you may have guessed from the plot, features killer music, which is alone enough reason to watch this movie. The writing is raw, the characters feel real, and this movie perfectly encapsulates how growing up does not always have to be so hard, it can and should be fun, and how important it is to find your niche, find your people, and find yourself, and if you don’t, that is okay, too, as long as you had a good time in the process. This is a 10/10 movie, most definitely, and it will make you feel alive. Thirteen is a 2003 film directed by Catherine Hardwick and is one of the most real and honest coming of age films, ever. Not to mention, it is SO aesthetically pleasing, with an iconic early 2000’s vibe that will bring everybody, but especially girls who were pre-teens during that time, right back to their youth. I’m talking about major low rise jeans and belly top vibes. The two main characters, Evie and Tracy, are played by Evan Rachel Wood and Nikki Reed, who are both phenomenal in the film. Nikki Reed actually co-wrote the screenplay as just a young teenager, and it actually mirrors her own life, which makes it seem all the more authentic. The story begins with Tracy, a young girl living in a home with divorced parents, leaving her with a preoccupied mother just trying her best and an absent father. While this is already hard for Tracy, she also starts feeling lost in her own skin, starting to get teased at school and battling the insecurities that come with adolescence. Determined to take control of her own life,Tracy reinvents her style, and goes to school more confident, which attracts a new friend, named Evie. Now Evie is everything Tracy is not, but everything she is curious about. Evie is a popular girl, a bad girl, notably deemed “the hottest and coolest girl in school”. Evie wears revealing clothing, she knows about all about sex and drugs and the “real world”, and introduces Tracy to all of those things as they begin spending more and more time together, much to everyone’s dismay. The girls become ever intertwined, and as they get closer, the more trouble they get into, and life begins to feel a lot more complicated. This is definitely a little bit of a darker story, as it deals with a lot of very sensitive issues, but it explains the hardships of growing up, of wanting to fit in, of what it means to find yourself in the world, in an extremely raw and real way. 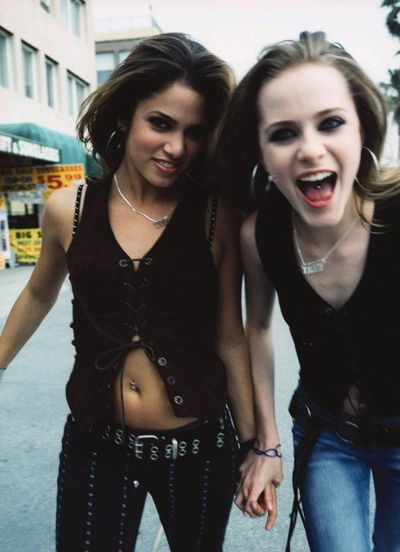