At long last, America's sweetheart is back. It's the scene-stealing actor known for Inception, 50/50, Looper, and The Wire, a man who is equally talented in dramas and comedies as he is in voice-acting and being wholesomely unproblematic. It's the one and only Joseph Gordon-Levitt.

After disappearing from the big screen for four years, he's returned with not only this emotional thrillride of a movie from German director Patrick Vollrath, but he's also a star in Netflix's upcoming August release, Project Power, and has a major role in The Trial of the Chicago 7, coming this October.

"7500," as the movie's promotional poster points out, is the airplane hijacking distress code. This, coupled with the film's usage of security camera footage following two suspicious figures in an airport ramps us the tension immediately. We know a terrorist attack is going to occur, the only question is when. Too soon then, does Vollrath throw chaos in our face. For a movie that's a mere 90 minutes, it's perfect timing, but it feels insanely rushed compared to the two and a half hour pieces we've become used to. Audiences have to bear maybe 15 minutes of Gordon-Levitt as American co-pilot Tobias Ellis as he converses with and performs routine procedures with the plane's Captain Lutzmann (Carlo Kitzlinger). Everything is going so smoothly that I just want to yell at the screen. Is this seriously what everyday plane-flying looks like? Are we not constantly worried about hijackers attacking or an engine failing?

This is the exact same formula that made director Patrick Vollrath's previous work, an Academy Award-winning short film called Everything Will Be Okay (2015), so hard to watch. Each passing scene is so normal, another interaction between a child and her divorced father who seems anxious for all the wrong reasons, that it'd be an understatement to say I felt the adrenaline pumping in anticipation of the real conflict to come. Vollrath wields that method of messing with viewers' psyche again in 7500, and in various ways as we navigate first the feeling of knowing something our main character doesn't, and then having to deal with helplessness the same way that Tobias does. 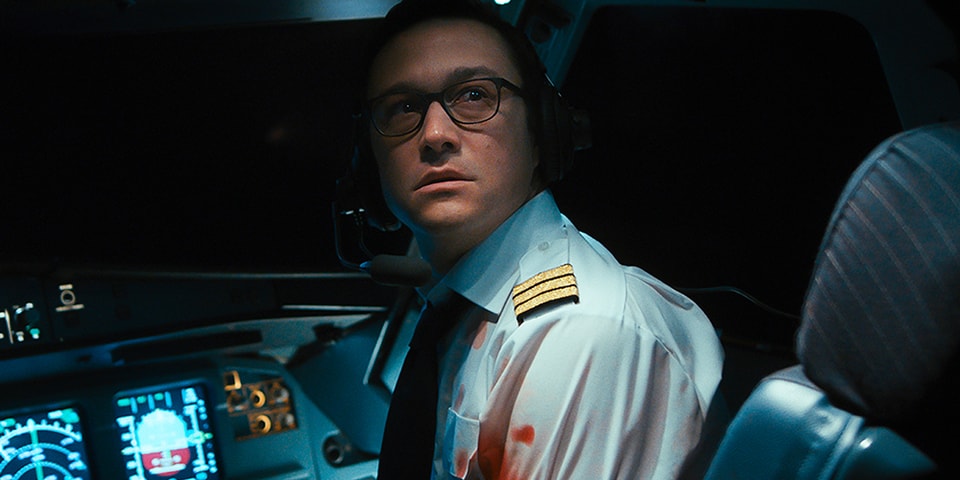 Unlike other airplane hijacker movies, this one focuses on what happens in the cockpit. Its only references to passengers are in the beginning as everyone files onto the plane, and an occasional scream as the terrorists try to take control. Suddenly, a curtain that is normally used to give airline attendants privacy from passenger seating becomes a second barricade. Tobias locks himself in the impenetrable cockpit, but can only see what's going on outside via a tiny wall-mounted TV screen. Surprisingly enough, none of it comes off as claustrophobic. Cinematographer Sebastian Thaler (who worked on three of Vollrath's previous films) navigates such a confined space expertly with none of the nauseating handheld camera shots that permeates other plane hijacking films like United 93 and Flight 93.

Once Vollrath establishes the limitations of our situation, he quickly hands the reigns over to Gordon-Levitt, whose acting prowess remains as sharp as ever. The transition from soft-spoken pilot to a conflicted man under immense pressure is seamless. Like any good movie, this one plays with viewers' emotions in a way that displays an inherent understanding of human psychology. Tobias tearfully pleads with the terrorists, begs passengers to overpower them, struggles to maintain mental control of his situation while staying simultaneously trapped and protected in the cockpit. 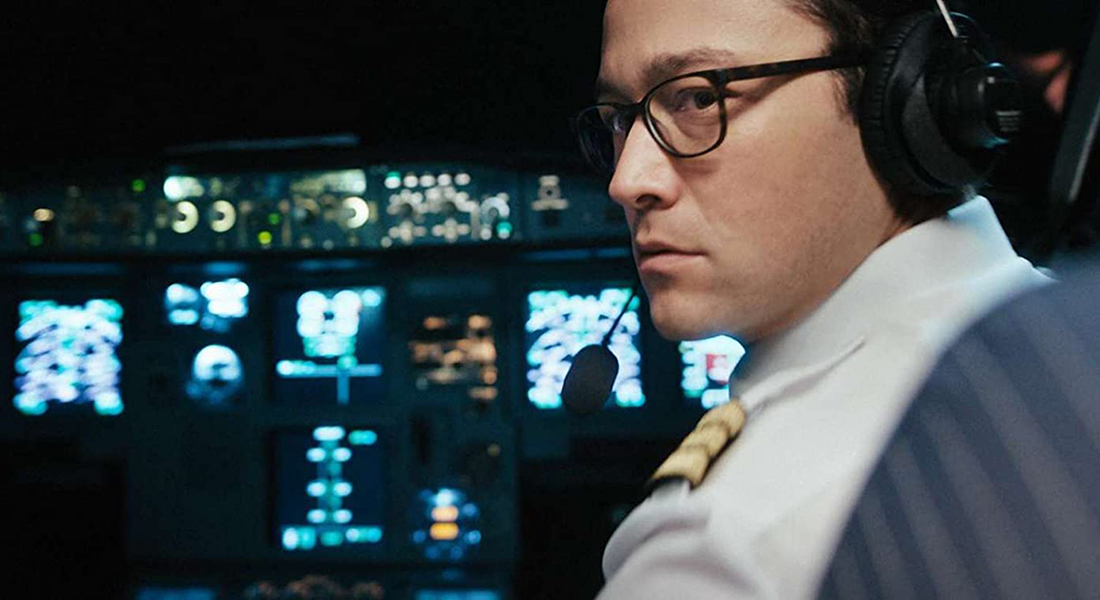 As if in an attempt to take advantage of Gordon-Levitt's innocent looks, Vollrath uses the actor to bring an unlikely main character into view: Vedat (Omid Memar), one of the terrorists who translates Tobias' frantic English into German for his accomplices. Tobias tries to persuade Vedat into stopping his partner from taking hostages, repeating phrases like "I know you don't want to do this" and "This isn't really what you want," urging him to not use violence. At some point, Vedat reveals that he is 18, and his own youthfulness seems to strike with Tobias' own. It's not surprising at all when a Stockholm Syndrome-esque turn takes on the temporary relationship between Vedat and Tobias.

What is surprising is that most of the action takes place after the point that most audience members start shifting in their seats thinking that the movie is over. This is when I'm thankful that the film is as short as it is, but wonder what could possibly be more interesting to watch than what went down. When safety for Tobias and his passengers is so close yet so far, some of what happens next feels conventional for the story being told here, though it's enjoyable to see Gordon-Levitt run the gambit of emotions as a father and husband, as a pilot, and as a person just trying to survive. All this while hiding a glass shard that he never ends up using, and having to deal with a voltaile Vedat, who Omid Memar masterfully controls.

It's unfortunate that 7500 has so many poor reviews as it does. Vollrath, who also wrote the screenplay, does a reasonably good job of capturing human emotion onscreen, and harnesses his actors' skills to make his story more nuanced, and really as realistic as it can be. While the plot is arguably conventional, movies like this are well-worn; it's just a matter of how writers and directors tailor these stories to reflect the times and be resourceful with talent. Here, Gordon-Levitt and Memar keep the story going with their uncanny chemistry. In the end, neither of their characters feel like the traditional hero or villain, and Thaler's choice to leave the camera looking into the cockpit from passenger seating for the first time once Tobias reaches safety leaves a lasting image of sorrow.