We started off as good friends. We hung out and talked about other people we liked with one another. We goofed around and consulted each other. I trusted her and she trusted me. We had only been friends for a couple months before I found out she liked me. I don't know if I liked her at that time. I didn't hate her and we always had a good time with one another. I did think she was pretty but I wouldn't say she was my type.

I went for it anyways. I asked her out. We started dating and things were great. She was my first kiss and I'm still glad she was. I'll admit, I did feel pressured to act a certain way when we were around her friends. When we were alone, I was a lot more relaxed. I was able to be myself, she was able to see me. We were able to grow, form a special bond. I remember a lot of what happened at the beginning of our relationship. A lot of memories, filled with laughter and smiles. We'd always hang out after school and I'd walk her home. We spent as much time as we could together. Even during the summer when we both had to go to summer school, that was probably the best period of our relationship.

I don't know when it started, but it seemed like we fought everyday. When we both were home after school, we'd fight and the next day at school we'd forget about it until the night came again and it'd start. It seemed like a never ending cycle. It was awful, everything went downhill. Jealousy kicked in, mistrust was placed. It hadn't even been a year yet. Lies were being told, accusations being thrown and then I moved towns. A week or two later we broke up. It was the first of many break ups.

We started the cycle of getting together and breaking up after a various amount of time had passed. I can't even remember how many times that had happened. I was stuck on her. I couldn't wash her off of me. It felt as if she had control over me. I'd tell myself I was over her and I was so sure I was but once she popped back in my life, I had to have her. 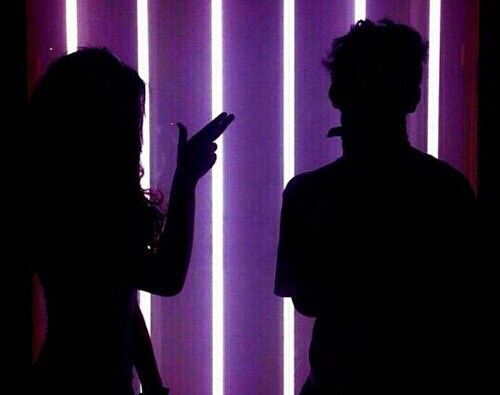 I don't know what it was about her. Well, I do know. She was a great person to talk to. We could talk for hours and not even realize how much time had passed. She could make me laugh so easily and the conversation flowed between us and never hit a bump until one of us realized that we needed sleep for the next day. By then it could be close to three in the morning. We never did like saying goodnight, never liked leaving the other, but it had to be done.

She loved me for who I am. Accepted me and all my flaws. She put up with all my anger and sadness, all my negative emotions. She stuck by me in my darkest times and laughed with me in my lightest. We were there for each other, watched each other grow through high school and plant ourselves in adulthood. We wanted the most for each other. 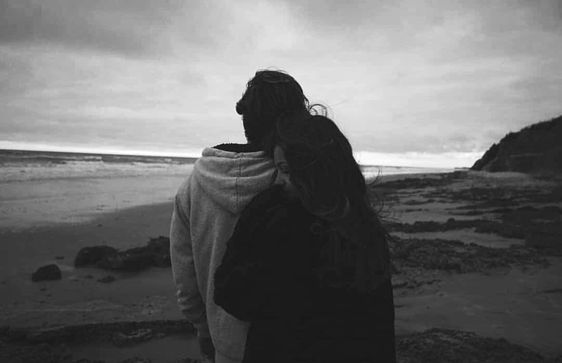 We had bad times, good times, amazing times together. Would I do it again? It's hard to say. We're friends now, she's even mentioned liking someone else. I'm happy for her and would never date her again, but if time rewinded and I was given the option to date her, would I?

I don't think I would.  There was too much heartbreak that didn't do anything to benefit me. We don't work together. She's great and we had fun together. We shared laughs and we'll always have memories together but we weren't meant to be. We weren't meant to be and that's okay. I'm glad we weren't because that means there's someone out there more meant for me than she was.

I didn't want to talk about the bad times of our relationship in too much detail because frankly, I'm over those times. I'm not mad about the fights or lies. We were kids. We needed to get through that to grow and be mature for who we're really meant for. I do hope she’s doing well in life and  doing great with the person she told me she’s in love with. As for me, I still haven’t confessed my feelings for the person I like. Will I do it? Who knows, but love is a thing I will always cherish and never take for granted.

Enjoy the little things. Enjoy the silence that you have with the person you spend your time with. Enjoy the late night runs to the store because you don’t have shampoo. Enjoy it all.