April 2020 has arguably been the longest and most grueling month so far for many. Most countries are still in the midst of lockdown, with some just hitting the peak wave of infection. Here are some of the most notable events that have occurred in April thus far.

1) The COVID-19 outbreak in the United States

On the 9th of March, United States President Donald Trump tweeted, “So last year 37,000 Americans died from the common Flu. It averages between 27,000 and 70,000 per year. Nothing is shut down, life & the economy go on. At this moment, there are 546 confirmed cases of CoronaVirus, with 22 deaths. Think about that!” A mere four days later, Trump officially declared a national emergency over the COVID-19 outbreak. On the 1st of April, there were a total of 213,144 confirmed cases. As of today, the 26th of April, there are a total number of 929,841 confirmed cases. (According to the Centers of Disease Control and Prevention) The United States officially has the most amount of confirmed cases worldwide.

The Chinese government officially locked Wuhan down on the 23rd of January in an effort to curb the spread of the virus. After 76 days of lockdown and a drastic decline of new cases in the pandemic epicenter, it was finally lifted on the 8th of April. 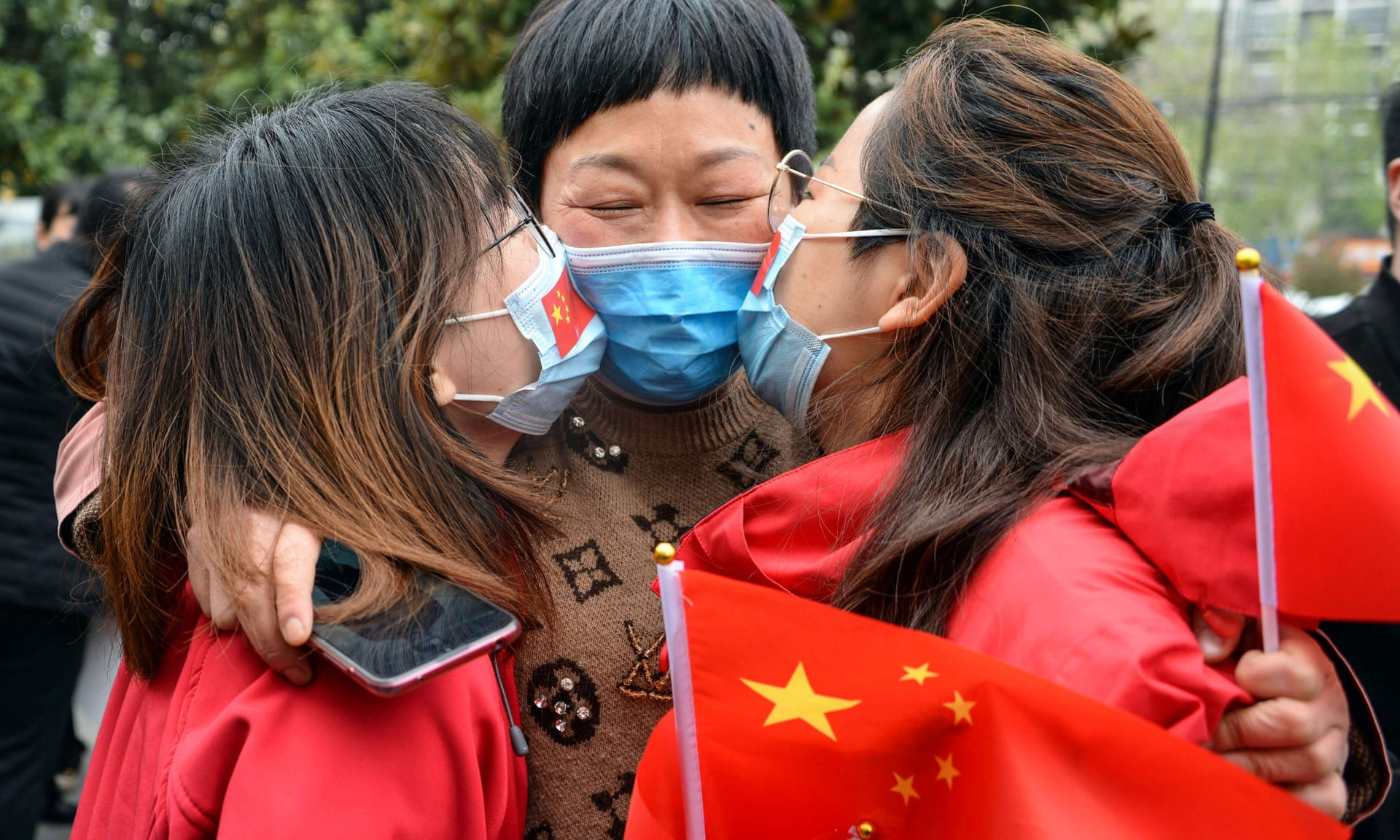 Image by AFP via Getty Images

Emotions were through the roof as family members were finally able to meet after more than two months of government-imposed lockdown.

3) Bernie Sanders drops out of the presidential race

On the 8th of April, Bernie Sanders announced that he would be officially dropping out of the 2020 presidential race in a speech that was live broadcasted. He added that although his campaign would be coming to an end, his movement is not.

Boris Johnson was finally discharged from hospital on the 13th of April, amidst fears of worsening health. The British Prime Ministers first tested positive for COVID-19 earlier this month and was transferred to the Intensive Care Unit on the 7th of April. He has returned to work as of the 26th of April.

United States President Donald Trump has decided to stop funding WHO due to accusations claiming that WHO was too “China-centric”. Unfortunately for WHO, their division has already been hard hit by the extent of the COVID-19 pandemic, and this decision only complicates things further.

6) US oil prices fall below zero

US oil prices turned negative per barrel for the first time in history. This fall is due to an overproduction of crude oil, a drastic drop in global demand and a lack of storage space. The situation is dire, and producers are now trying to pay consumers to get barrels off their hands.

According to the official National Nurses United website, NNU is the largest union and professional association of registered nurses in U.S. history. On the 21st of April, members of NNU came together and protested outside the White House in Washington, DC. Many could be seen getting emotional, due to the lack of Personal Protective Equipment, or PPE. The shortages of PPE have been ubiquitous nationwide but are especially prevalent in harder-hit states such as Washington, New York, and California. More test kits are also required as the amount these healthcare workers are provided with is insufficient.

On the other end of the spectrum, numerous protests to reopen the economy have also occurred.

A protestor is seen holding a sign urging government officials to end the lockdown.

Most protesters were conservatives with radical ideologies. Many of them believed that the lockdown was taking away their “freedom,” some even suggesting that their freedom should be prioritized over the coronavirus.