Technology has transformed the way we protest and advocate for social change, so what impact does a single click really have? Let's face it. Most of our free time is spent browsing Instagram or catching up with the latest beauty vlogger drama, and we all know that social media has dominated the better part of this decade. Despite the constant backlash it receives, there is one realm where it has remained unparallel in comparison to traditional media: Global connectivity. With the gift of the internet, you can bring joy to some guy in Alaska with a single meme. What a miracle. 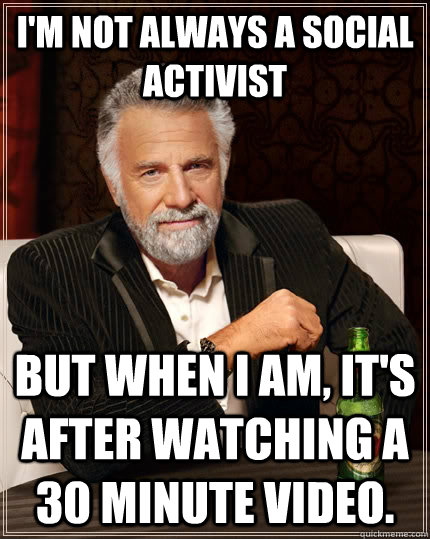 Information travels fast; rumours about celebrity gossip, memes, and leaked footage from Trump’s tanning room. But more importantly, it has created a platform for global outreach initiatives. In the past two years alone, we have seen the rise of the #Metoo movement, #Blacklivesmatter, Climate change marches, #DACA and many more. But by spreading awareness of these issues through tweeting and reposting, is it possible that we have lost the deeper meaning? In other words, how effective is social media activism at instigating real change?

According to the Pew Research Centre,

67% of Americans believe that raising awareness on social platforms is  “very or somewhat important for...getting politicians to pay attention to issues or creating sustained movements for social change” Additionally, 64% of Americans agree that “social media help[s] give a voice to underrepresented groups” compared to the 77% who believe that social networking sites “distract people from issues that are truly important, while a further 71% agree that “social media makes people believe they’re making a difference when they really aren’t.” (1)

And that brings us to this week’s controversial term:

Slacktivism is based on the idea that less is more. It's essentially when your co-worker Jerry takes a photo of himself posing next to a llama on his trip to Peru and captions it #animalactivist. It requires minimal commitment and effort and makes for a great photo to post on Tinder. 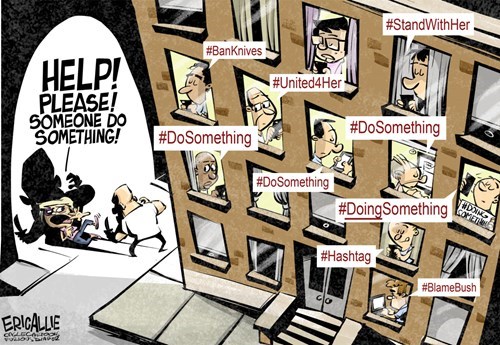 The main criticism against slacktivism is its impact or lack thereof. When we share a post on Instagram about the #Metoo movement, our contribution to raising awareness succeeds in increasing engagement, but oftentimes this exposure, or rather, overexposure desensitizes viewers and contributes to a shallow meaning of the cause.

Take for instance the #BringBackOurGirls movement that began in 2014 and demanded the US pressure the Nigerian government to rescue 276 schoolgirls who were kidnapped by militant group Boko Haram.

The movement resulted in an outcry from the West and drew in a staggering 2.3 million retweets by May of that year, (some of them coming from political figures like Michelle Obama and celebrities like Cara Delvigne) but 3 years after the movement's peak, 126 girls were still missing.

If this tells us anything, it's that social media is a form of self-expression, and slacktivism is a part of that. Supporting a cause online with a simple click validates you as a sympathetic individual without you having to put too much effort into it. In the end, you can kick your feet up on a table and watch Disney+ feeling satisfied that you were able to give your fingers a good work-out and were part of a movement that made an impact in the world. 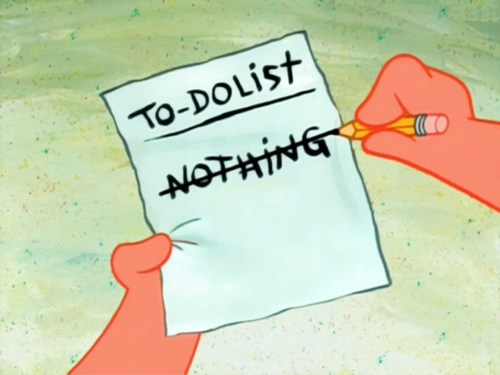 So What's Next For Activism? 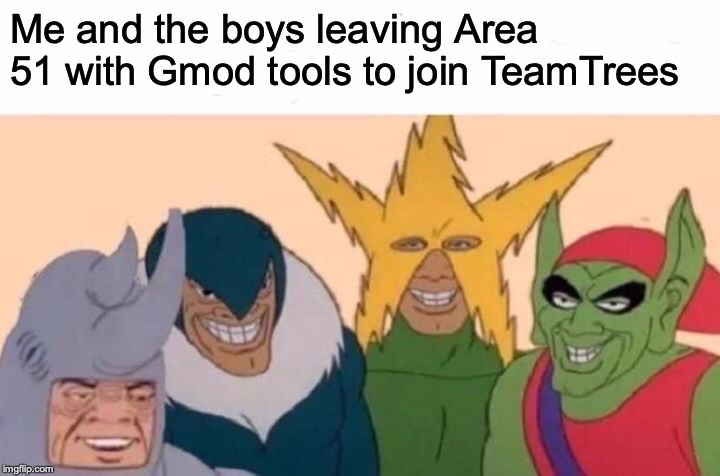 The underwhelming support the #Bringbackourgirls campaign garnered reveals that slacktivism does not work for every cause. Instead, movements that offer instant satisfaction and change, such as Youtuber Mr.Beast's #Teamtrees initiative, (WE REACHED 20 MILLION TREES, GREAT WORK!!) are an effective way of harnessing the quick and low effort engagement slacktivism has to offer.

2015's ALS Ice Bucket Challenge is another example of how slacktivism can offer entertaining ways of donating money and becoming part of a larger movement. Watching celebrities and friends dump buckets of water on their heads is a fun and seemingly harmless way of supporting research for a disease. But regardless of their success, these two movements still offer the misplaced satisfaction that planting a single tree will end climate change, or raising money will find a cure. In reality, neither of these two actions alone will fix the issue.