Take a minute to google Banksy, even if you don’t know what I’m talking about. Then, come back to this article. So? Have you seen all the online newspapers trying to explain this mystery? Have you seen those who criticize him, saying he’s a coward and a fool? Have you seen those dark, weird websites assuring they have his photograph? To sum up, we got nothing on him. Given this, he is fulfilling his objective and laughing at all these people: he remains hidden, a total stranger amongst a society who seems like trying to show themselves and try to be famous or at least noticeable in a world that really doesn’t care that much.

What do we know about Banksy? He is an England-based street artist, political activist, and film director. Active since the 1990s, his satirical street art and subversive epigrams combine dark humor with graffiti executed in a distinctive stenciling technique. His works of political and social commentary have appeared on streets, walls throughout the world. Banksy only displays his art on publicly visible surfaces such as walls and self-built physical prop, but his public "installations" are regularly resold, often even by removing the wall they were painted on.

Why use graffiti as a medium to communicate? By showing his art in cities around the world, Banksy plants social and political issues in our noses that we should all be concerned about. It forces us to stop and think, something we often avoid doing in our daily lives. Moreover, graffiti art has always been related to rebellion and revolution. His is a very personal and recognizable style. They are not only images painted on facades, it is an art very well thought out in its form. It is pleasantly creative. 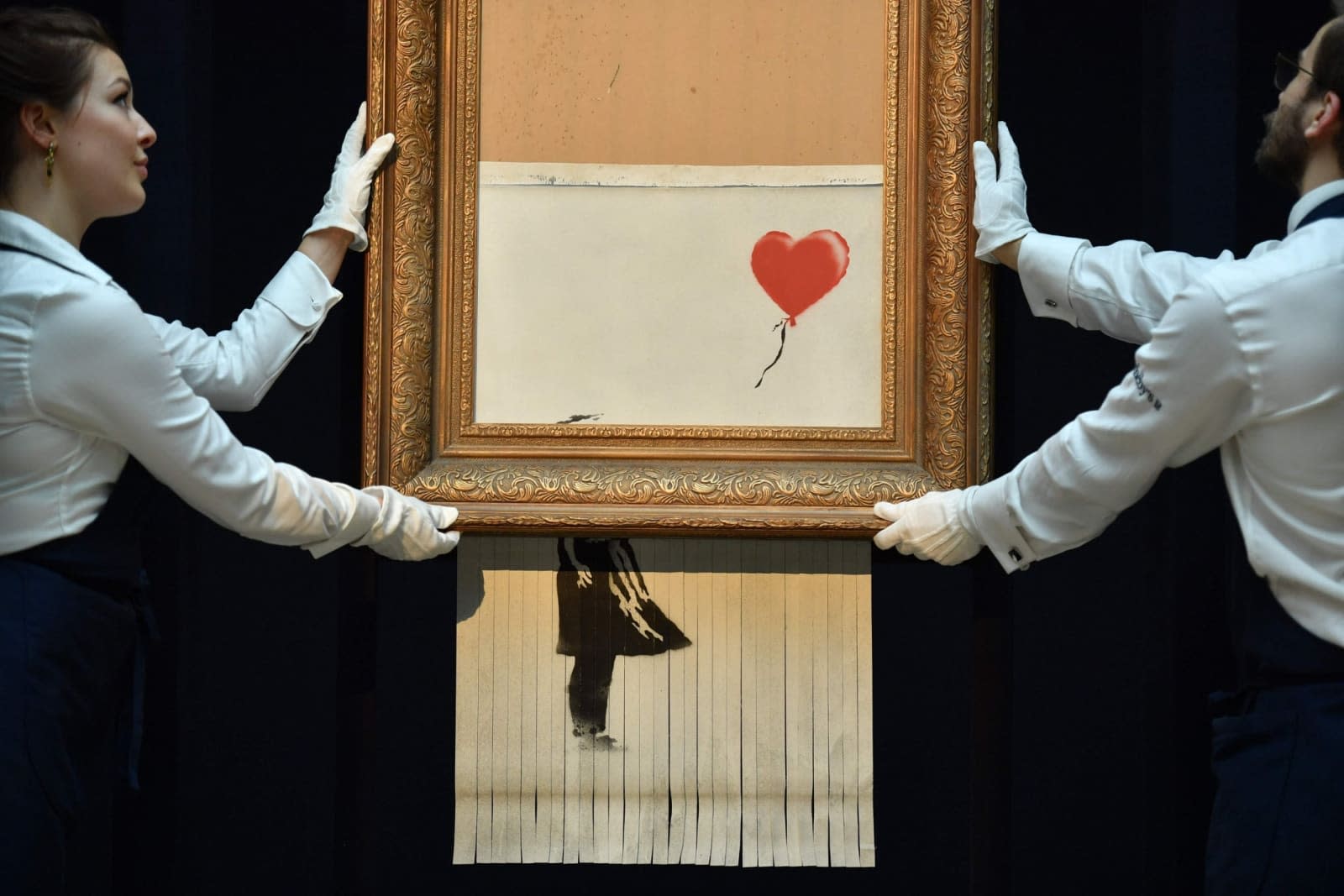 The framed work "Girl With Balloon", one of the artist's best-known works, was auctioned by Sotheby's in London, in 2018. The piece, which shows a girl reaching for a heart-shaped balloon, was the final work sold at auction. However, moments after the hammer marked the sale, the canvas passed through a shredder that was hidden within the frame. You can find the video of the moment in Banksy’s media accounts.

Alex Branczik, the auction house's senior director and director of contemporary art in Europe, said, "It looks like we've just been Banksy-ed,"

That’s what Banksy does to this society: it disturbs the comfortable ones who cannot believe he is going against the rules of the art world (if there is such, is there?) and comforts those disturbed ones who have a blast watching rich, rule-enforced, genuflects ones losing their minds for one dude who only wants to paint with no one around.