In April 2020, I came across a YouTube video (originally, a TikTok video republished on YouTube) that explained the differences between a hundred thousand, a million and a billion with the help of rice grains. The creator of the video, Humphrey Yang, represented 100,000 grains of rice as 1 grain; then put together 10 rice grains to represent a million and finally, put 10,000 grains of rice together to represent a billion. 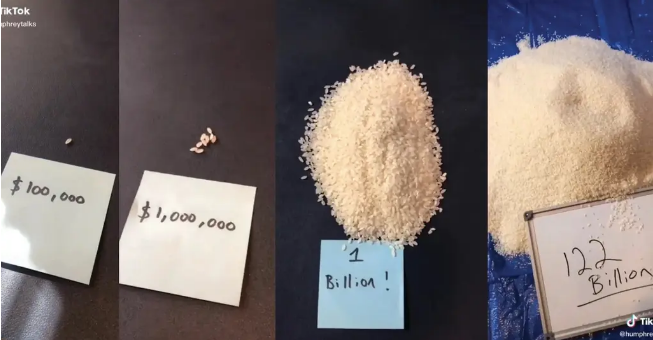 This was an attempt by the TikToker to educate people about what the annual income of Amazon CEO Jeff Bezos, actually looks like. He went on to conclude that, to represent the net worth of Bezos ($122 billion then), he would actually need 58 pounds of rice. Yesterday again, I saw an Instagram thread addressing the same issue: the insurmountable gap between the net worth of billions of average middle-class families combined, and a handful of billionaires. And that inspired me to write this article today.

The opening page of the thread read:

Billionaires shouldn’t exist. Human brains have not been evolved to understand large numbers. As a result, we tend to vastly underestimate how large “one billion” is. This may help.

A CNBC article in May announced that America was home to a total of 630 billionaires, as of April 2020, their wealth totaling to an estimated $3.4 trillion. The combined wealth of 400 of the wealthiest Americans equals the total of 64% of the poorest families, according to Forbes.

Now that you can (more or less) fathom how massive a sum a billion is, how did these people become billionaires at all? Plain and simple: they hoard money. They don’t actually earn the wealth they possess. A billionaire becomes one in one of the two ways: 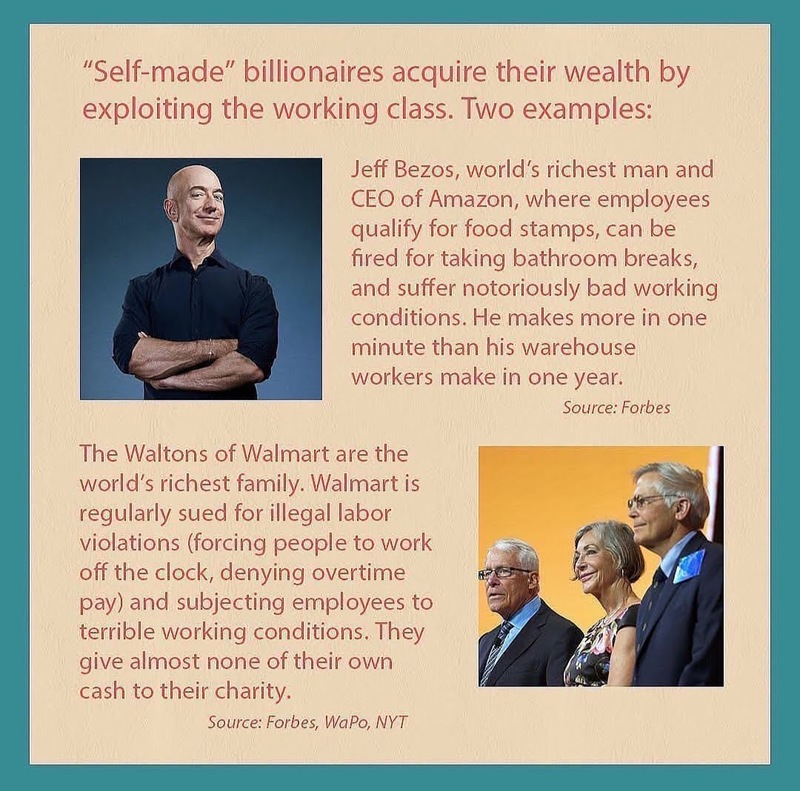 If someone earns the federal minimum wage, it would take them 70,000 years to earn a billion dollars, and if you earn, say $156,000 per annum (thrice the median income of the US), the number of years would drastically reduce to 6,410. So technically, if labor creates wealth, a billionaire is working 70,000 times harder than a janitor? The phrase “hoarding wealth” means that no human can spend such an incomprehensibly large sum of money in their entire lifetime. But if you are making that kind of money you won’t even be able to spend while you’re alive (and you keep making more), you’re hoarding money.

You might say that billionaires are making huge donations to charity, which kind of, compensates for the billions they make. Well, no. Let’s look at Jeff Bezos again. He made headlines in April for donating $100 million to Feeding America. His daily income is $215 million. Bill Gates made a donation of $589 million to charity last year, which is 0.6% of his net worth of $98 billion. Your question at this point might be that, “millions of dollars of charity still has to make a difference in society, right?” Again, no; the money they donated came from exploiting the poor and working class, in the first place. Throwing back a tiny fraction of the money they made from them, doesn’t help anyone.

Billionaires’ existence reinforces the conditions necessary for extreme poverty to exist in the first place, and vice versa.

$20 billion could end homelessness in America. Mike Bloomberg alone could donate that money today and still stay $28 billion rich. $300 billion could stop global warming. Only 10 of the richest billionaires could donate $30 billion each, and still have a cumulative worth of $386 billion. Most of us in the world are just a bad year (unemployment, medical issues) away from complete financial devastation. None of us are a good year away from becoming billionaires though. What does that say? Do billionaires care about the world and its issues (related to nature or population) at all? 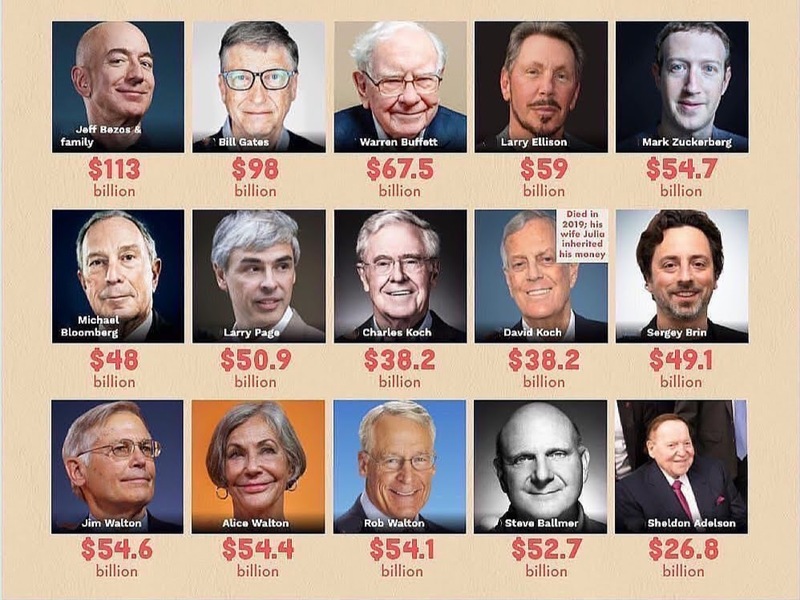 The top 26 richest billionaires have a total of cash equivalent to 3.8 billion of the poorest people in the world. 2019 marked an 8.5% rise in the number of billionaires in the world (amounting to 2,825). This was an “all-time high” and resulted in their combined net worth amounting to $9.4 trillion. This problem is one of the biggest that’s faced with the American economy, and it is in fact, only getting worse. As of 2018, billionaires paid lesser in taxes than the working class American. They paid 23% of their income in federal, state and local taxes, whereas the average US citizen pays 28%. There’s this one sentence that infuriated me more than anything else in the entire article did, and that is: Billionaires got $565 billion richer during the COVID-19 lockdown alone (an estimated $42 billion a week), while the economy was shattered and fell to pieces, numerous working class Americans (and everyone around the world) lost their jobs and a livelihood left, right and center, and children in countries like Yemen or Syria die of hunger, curable diseases and lack of basic sanitation. The facts are sickening.

You can read the complete Instagram thread here. It's a short, informative & eye-opening read.