Netflix's thriller, You, is back, having dropped its second season just last month. If you're like me, you've already binged the season in its entirely. And if you're like me, you might be feeling a little heavy-hearted. This article does contain spoilers, so read at your own risk!

Both seasons follow Joe obsessing over a girl he comes to know. In season one, we’re introduced to Guinevere Beck. We get to plunge into Joe’s obsessive personality and habits. Stalking her, invading her privacy, and eventually, dehumanising her by holding her captive in a glass box.

In season two, we’re introduced to Love Quinn. And by now, you probably should be thinking, “Love, get the hell away from Joe.” The reason season one had created so much discussion was most likely because the show had grabbed us by the throats, pulled us close, and given us the perspective of something so strange and messed up we couldn’t look away. Yeah, the show has a way of doing that. 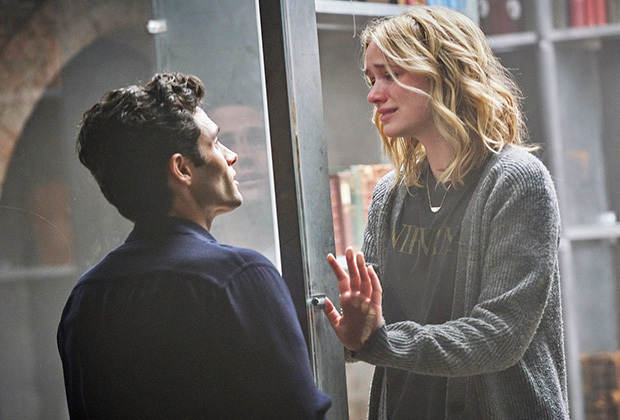 Personally, I was creeped out by Joe in both seasons. Throughout the first season, I felt like I was on uneasy ground. Should I have been rooting for Joe? Was I out of my mind? But as I watched the second season, I had villainised Joe and looked to Candace as the season’s hero. Yes, Candace comes hurdling back into the light. That, with the unnerving truth that Joe had buried her alive.

It took me a few minutes to accept that she was killed.

I mean, in the few seconds before Love had spun around and slashed her neck, we had all seen it coming. The angle. Love’s silence. The amount of happiness we must have all been feeling that Love knew the truth before it was cruelly taken away from us. 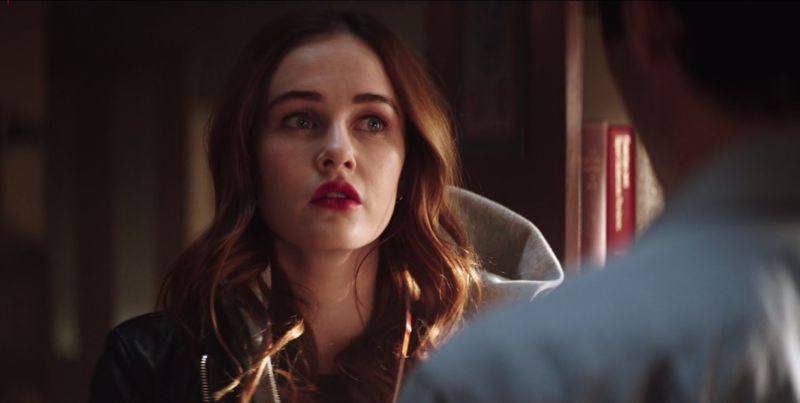 The reveal of Love’s dark and obsessive nature was a little predictable, having seen a multitude of theories of Love’s ‘secret dark side’ as soon as the trailer was released. Saying this however, I don’t mean to allude to predictability equalling poor planning. The reveal was just what the season needed. It elevated it to an entirely new level of ‘thrill’ from the show’s first season, and had me even more desperate of wanting to know what would happen next.

So with Candace now removed. We had to assume another character as hero. And that’s just what the show did. Forty Quinn manages to switch on his brain cells in the last few episodes and actually do some investigating of his own. It’s a drastic character change. I mean, when has he ever shown so much devotion and stability for so long in the episodes prior? We don’t think much of it, however, because we need a new hero. Someone to act as our urge for justice to take its course. And even if his character had been a bit flimsy before, we knew he had to be the one to conclude the season with a just ending.

I laughed when he died.

The show was crazy. Seriously crazy. I thought to myself, “what the fuck?” There were no more characters that could assume the position as hero anymore, and I was left with that bitter feeling I had felt at the end of season one. That feeling of, “wait. Joe won?”

How could the show really let the bad guy win? Is it really glorifying serial killers? I mean, I’m in no way impressed or enchanted by Joe’s actions. I wanted so desperately for him to be put behind bars, and yet, the season ends with him happily with Love—who is revealed to be pregnant.

But wait. That’s not it.

In the closing scene, Joe is shown to be peering through his neighbour through the gap in his fence. We don’t see much the girl—assuming that this person is a girl—except for that she’s writing down notes beside a stack of books. Perfect for Joe. Apparently more perfect for him than Love, whose dark and obsessive personality reflects his own.

The scene alludes to a season three for this thriller. I’m excited. It’s one more chance to take down Joe. For real this time.

Obviously, if Joe begins to pursue his neighbour, we’ll most likely see the unleashed wrath of Love again. Now it might be Joe’s turn to be hunted. We also might see returns from Ellie, or even Paco (Damn, I miss Paco).

And purely for your entertainment, the kill count for this season sits at six (five, if you want to exclude Joe’s father, as his death happened before both seasons).