The Guerrilla Girls are notorious for exposing the inherent sexism in the art world; while this poster, stating that ‘less than 5% of the artists in modern art sections are women’, was made in 1989, there still remains an undeniable disparity between the recognition male and female artists receive. It is interesting to see how women have been represented, or more accurately: misrepresented, in history and in the arts. The truth is that women have never been treated equally in the art world, and today they remain dramatically underrepresented and undervalued.

To this day there remains an innate fascination with the human form, and when addressing how male and female artists differ in their approach to the figure Jenny Saville and Lucian Freud and their infinite parallels seems like an appropriate starting point. Freud was an incredibly influential and impactful figurative artist and the nude was a key theme in his work. 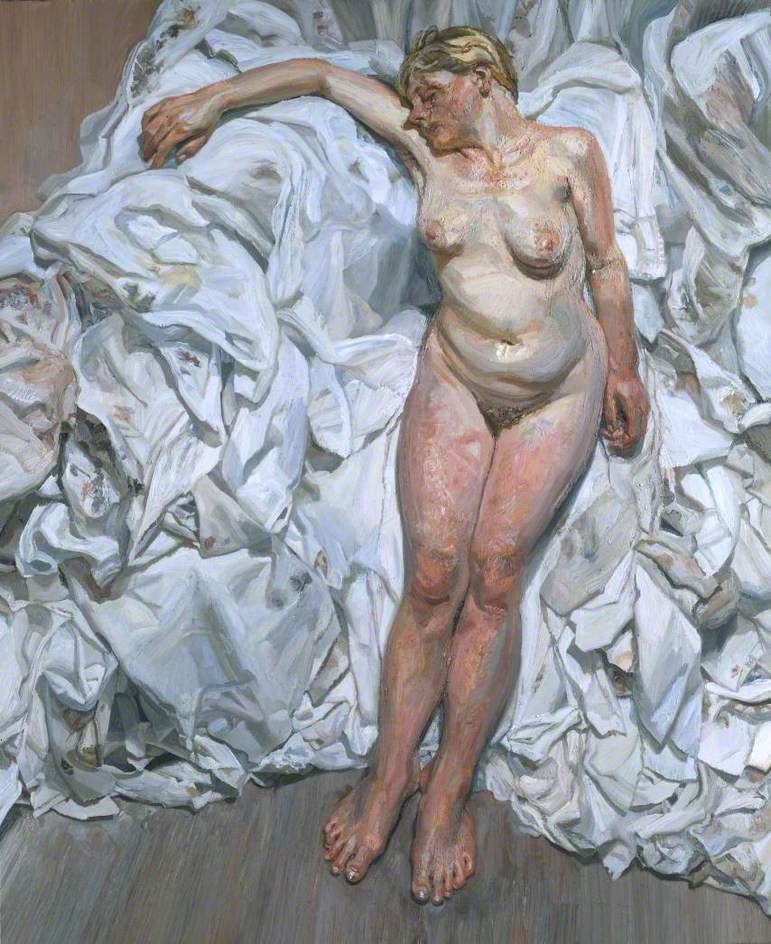 His portrait: Standing by the Rags (1989) depicts a woman whose physicality is enhanced by the use of warm undertones on her body that contrast with the cooler palette used on the rags behind her. The rags, which are in fact heaped in front of a hidden radiator, are used by Freud for wiping brushes and have been interpreted by some critics as a coded sign for the artist's presence in the image. (Tate, 2019) While the figure in the painting is unashamedly and authentically nude the fact that she is asleep and seemingly unaware of the portrait she is in allows for a more passive and docile interpretation of the woman. While the painting does not over-sexualise the female form, the subject of the painting seems like a guest in her own portrait, perhaps suggesting that Freud is more interested in depicting flesh as opposed to humanity. 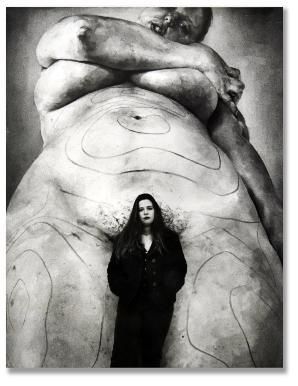 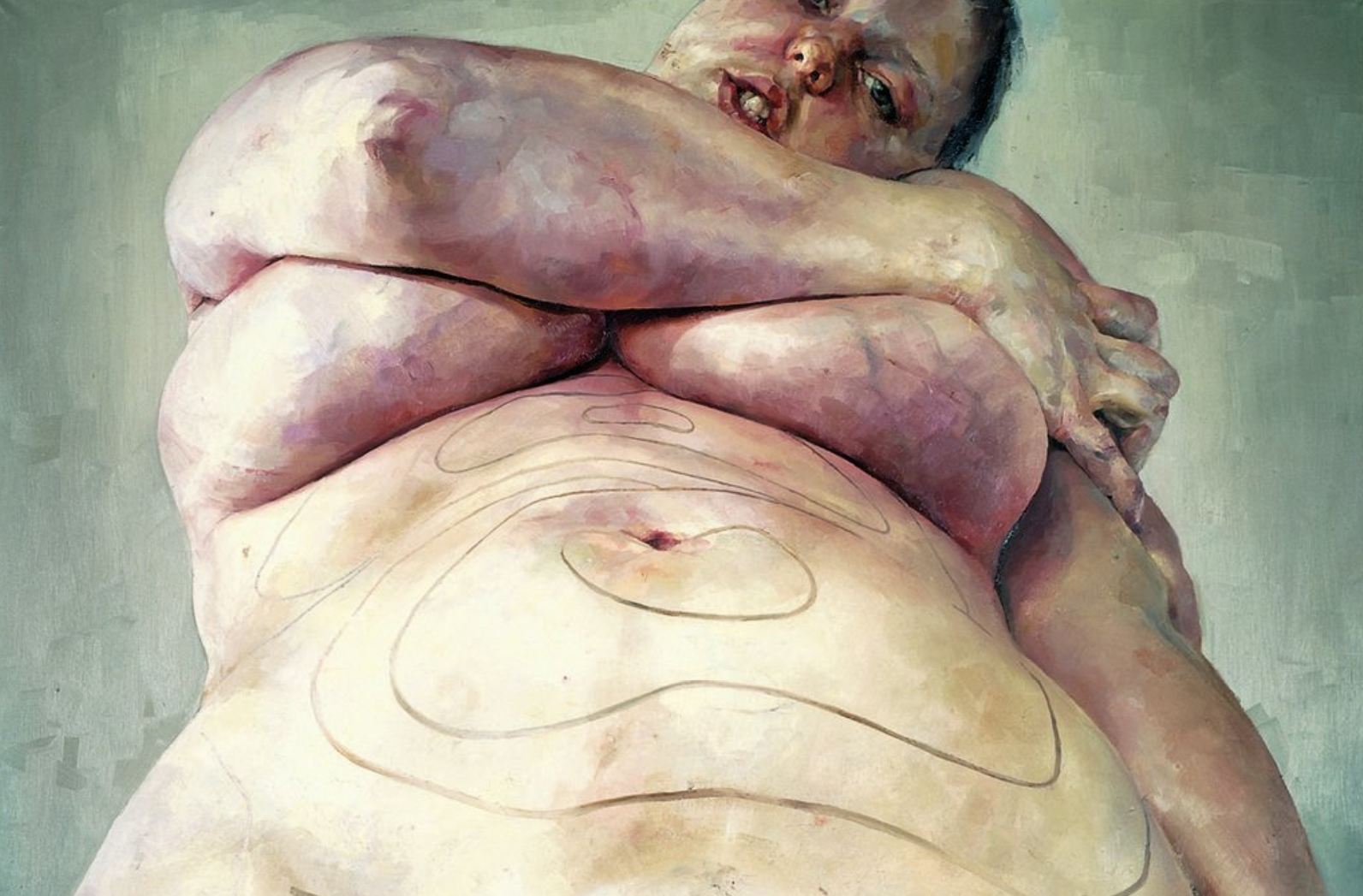 Contrasting the passivity of Freud’s work with the confrontational tone of Saville’s, immediately we can see that the subjects of Saville’s work are often posing in a way that makes it known to the audience they are acutely aware of what they are doing and it is empowering to witness. For instance, Plan (1993) is immediately shocking but strangely beautiful in its uncompromising presentation of a female nude. The lines drawn on the flesh call our attention to complicated issues surrounding women’s bodies. Saville has said: "The lines on her body are the marks they make before you have liposuction done to you. They draw these things that look like targets. I like this idea of mapping the body, not necessarily areas to be cut away, but like geographical contours on a map. I didn't draw on to the body. I wanted the idea of cutting into the paint. Like you would cut into the body. It evokes the idea of surgery. It has lots of connotations." (The Art Story, 2019). The sheer scale of the portrait itself is liberating (274 x 213.5 cm). While art can be used as a tool in the suppression of women it can also comment on and normalise important and controversial issues that are inexplicably linked to womanhood.

Ultimately, when studying male and female artists in their portrayal of women, observing their depiction of the female form crystallises the whole debate to its core. Saville’s models are beautifully confrontational and central to the painting whereas the passivity of Freud’s models suggests he is perhaps more focused in painting flesh than depicting a woman. As one would expect, female artists are able to present a more genuine and transparent window into the female psyche; perhaps female artists throughout history are less celebrated because they create art in a society that judges female conduct from a male point of view.