When Gianni Versace first established the house of Versace, there is no doubt that he saw the Versace kingdom being the machine it is today. Just like the logo that represents this powerhouse, it has become a legend -- the supermodels, the goddesses, the gladiators -- it has it all.

However, the legend that is Versace has thrived better than before with Donatella, the woman with a name more recognizable than the brand's logo. In fact, I would bet that by just saying the name "Donatella" is enough to conjure up the whole image of the brand in the head of anyone who hears it. Consequently, in the fashion industry, the name has been synonymous with the brand itself and if you don't know it, you mine as well pack your bags and crawl back under the rock you came from.

Far cry from the 90's glamour, the house of Versace has become more than just a shimmery gold and tan brand but one that is capturing the dark and seductive nature the brand (some would say ) has been destined to become. From the clothes to the models (for better or for worse) has rebranded the Versace behemoth, the shining moment in 2019 being the spring/summer collection featuring J.Lo, an unusual twist but not something unpredictable making the runway her bitch.

The Versace girl has always been a supermodel, from Naomi to Cindy, the supermodels ruled supreme as they normally did in the '90s and 2000s. After the recent stunt with J.Lo, it seemed like Donatella would take the brand even farther into the relevant sphere with a most inclusive runway cast but with much disappointment, the amount of love she got for the iconic moment wasn't enough. Instead, the brand has returned to the old habit of including 'supermodels' to open/close the show.

Besides, the house is growing more than ever and the ever awaiting models who may be unusual or just as beautiful are waiting to be the next highlight of Versace.  It is safe to say that we will be waiting (and holding our breaths) as it will surely come sooner than expected. After the recent acquisition by the luxury group Capri Holdings, the future may be slightly uncertain. Versace can either veer too far from itself or continue down its current path. At 50, Donatella may no longer be the 20-year-old glimmer in Gianni's eye, but it certainly the hope diamond in the fashion industry as it is now. 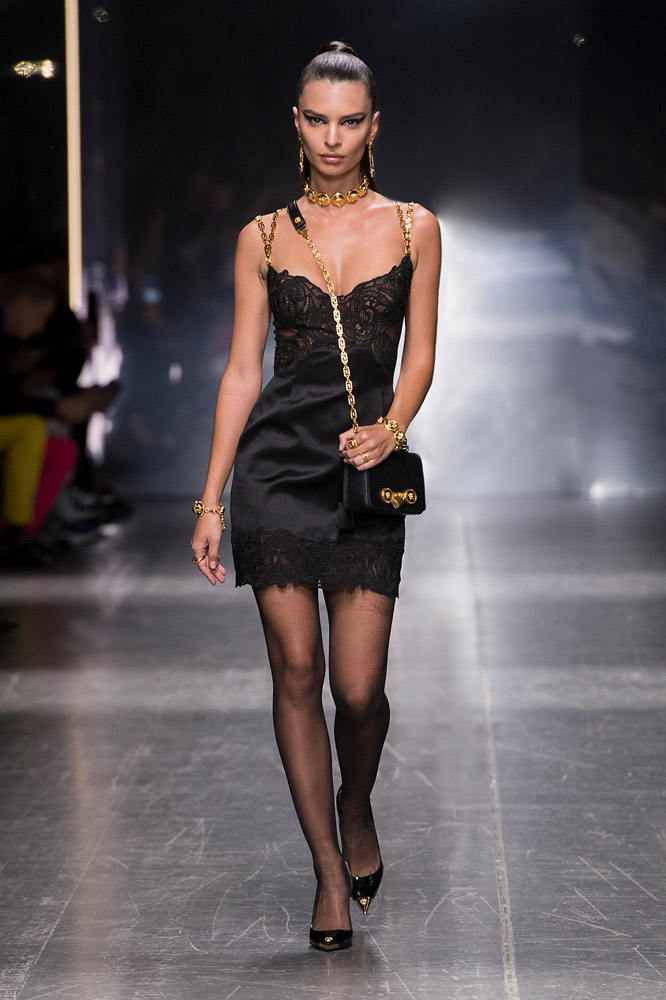 Aside from fashion, she may also be the figurehead of the green movement within the industry. After ceasing the use of real fur in 2018, Donatella has been asking very important questions about her brand. "How can you use less electricity, reduce the use of water, where are materials sourced?".  The head of Versace is no longer flying private, changing the way we think about the rich and famous brands and their use of their resources for their own benefit.