For able-bodied cisgender people, using a public restroom generally isn’t a big deal. You go in, you do your business, you wash your hands, and you leave–no questions asked. It's probably not a big part of your everyday life. But for transgender and nonbinary people, public restrooms can be places of fear, judgement, and even violence. Let’s take a look at some of the obstacles transgender people face when using public restrooms and consider the importance of non-discrimination laws and gender-neutral facilities.

According to a 2015 survey by the National Center for Transgender Equality, 58 percent of transgender respondents described being denied equal treatment or service, verbally harassed, and/or physically attacked during the last year. Prejudice often rears its ugly head in public restrooms, and nearly one in ten respondents reported that they had been denied access to a restroom over the course of the last year. Over half of the respondents avoided using public restrooms out of fear, leading to health problems such as reduced food and water intake, urinary tract infections, and kidney-related issues.

"I did not use a single public restroom at all until the age of 18 or 19... I don’t remember how I did it. I don’t think I could do it now. In high school, I never went to the bathroom. I just held it,” gender non-conforming writer and performance artist Alok Vaid-Menon said in an interview with Rolling Stone.

This February, a transgender woman named Alexa Negrón Luciano (also known as Neulisa Luciano Ruiz) was murdered after using a women’s restroom. She was one of at least 28 transgender people killed in the United States so far this year, most of whom were Black or Latinx. 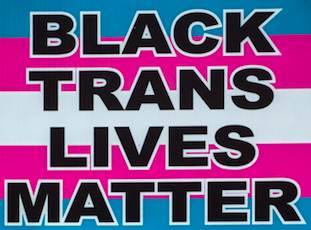 Image: "Black Trans Lives Matter" on a Transgender Pride Flag. Violence against Black and Latinx transgender women is particularly pervasive and must be addressed.

As an able-bodied cisgender person, I went most of my life without realizing that being able to use a public restroom without harassment or fear is a privilege. For those of you who, like me, have never had to worry about being questioned in a public restroom, just take a moment to think about it. Imagine being so afraid of harassment and assault that you are forced to compromise your health in order to avoid public restrooms. Imagine that violence against people like yourself is so prevalent that the American Medical Association refers to it as an epidemic–while at the same time, leaders in your community and nation resist gender-neutral options and try to pass laws that force you to use a restroom that does not match your gender identity.

This is why transgender and nonbinary people need safe access to public restrooms.

At my college, almost every building has a gender-neutral restroom available. While everyone uses these restrooms, they are particularly helpful for transgender and nonbinary students, who can use them without having their gender questioned or being forced to choose between two binary options. All of my experiences with these restrooms have been positive. While some critics say that providing gender-neutral bathrooms and upholding transgender non-discrimination laws will lead to increased sexual assault against cisgender women, experts agree that this is not the case. As the National Center for Transgender Equality so succinctly puts it, “protecting transgender people does not compromise safety in restrooms.”

Free resource: Refuge Restrooms is a web application whose mission is “to provide safe restroom access for transgender, intersex, and gender nonconforming individuals.” You can use this site to search for safe spaces near you. 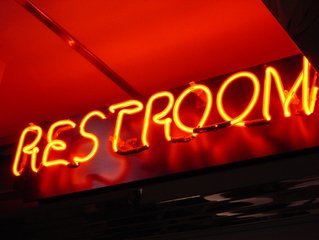