Cecilie Bahnsen, the next it-girl of the Danish fashion design has emerged from her hometown runway to become a buzzed-about creator. Her uniquely Danish aesthetics have taken on a utilitarian and feminine feel, are capturing the attention of editors everywhere.

The Scandinavian aesthetic of her work outlines a fresh fashion universe combining some frills and a lot of minimalism. Back in 2015, the designer took a leap in her generation only a few do by starting her own line in Denmark. Her fanciful dresses, embroidered pieces, and free theme paved the way for future expansion and Bahnsen's LVMH award. 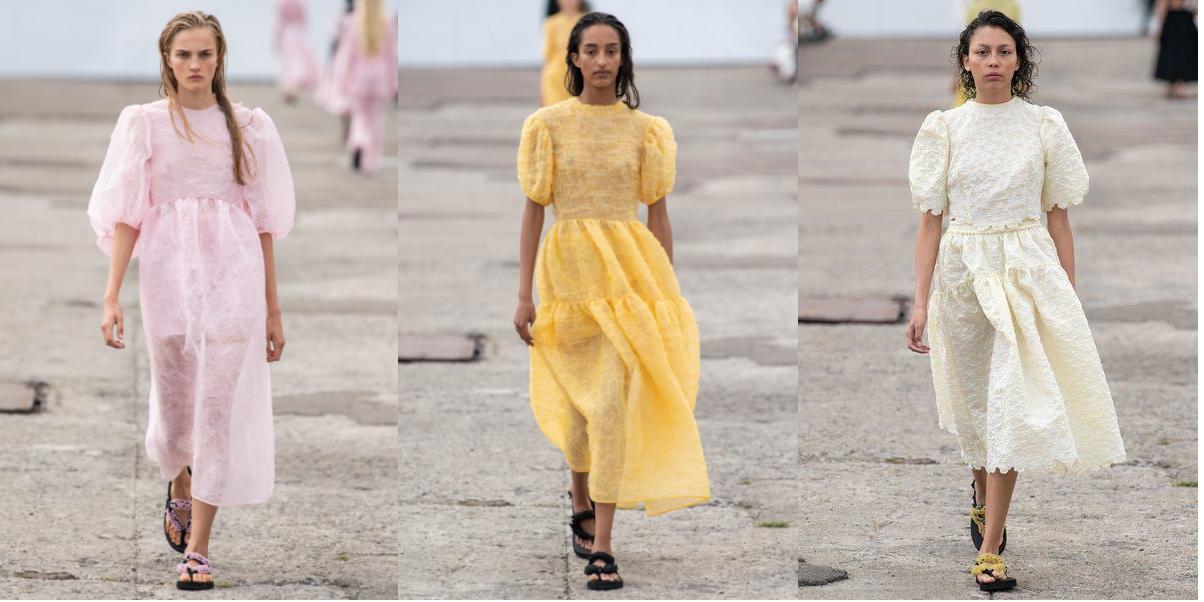 Another way to describe Bahnsen's collections is Scandi Minimalism. A term that refers to the sense of warmth, avoidance of clutter, calmness, and clarity that accompanies the Scandanavian minimalist style. There is something special about this type of minimalism: it's not American, it's not Japanese, it's something else entirely. This efficiency is what drives a lot of Bahnsen's designs, her manufacturers in Como, Italy, design new textiles for each collection that offer style, sustainability, and quality.

It goes without saying that you cannot leave the Japanese style out of the equation entirely. Perhaps Japan, which has the same tradition of craftsmanship, simplicity, functionalism, and details, has rubbed off on the designer. Taking a little longer to analyze the designs you can see the Japanese signature of being hectic, yet so calm.