​​TRIGGER WARNING: MENTIONS OF SEXUAL ASSAULT. Hey! It's Andrea. One of the other writers here at Consonancie posted an article on how to get over breakups. Her name's Laura Stevanovic and I highly recommend you check out her article. It inspired me to write about the break up I'm going through. Sometimes your ex just makes life a living hell for you, whether they mean to or not. I actually just found out that my ex is accusing me of physical contact he didn't consent to... even though he consented to it multiple times. 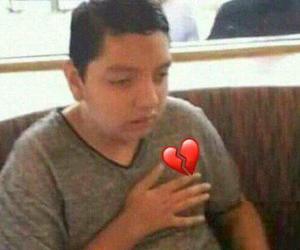 As a survivor of sexual assault, I respect the word "consent" more than you could imagine. With every move I made with him that night, I asked "Is this okay?" and he always said yes. So what's the problem? I was too overweight for him and he was embarrassed to tell his friends what we did in his car. High school relationships are that stupid.

We broke up two days before the Homecoming dance. He sat me down in his car and basically told me that my childhood trauma I had opened up to him about the night before was scary, and he didn't want to date someone like that. He also told me he wasn't attracted to my body type, but reminded me I could lose weight! I basically told him to fork off. I won't lose weight for anyone but myself.

I'm not obese. I'm not even overweight. However, my stomach isn't flat and I definitely don't have the stereotypical female body. I'm short and stocky and I've always been insecure about that. And the worst part is, he knew I was insecure about that. He continues to make jokes about sexual assault when I'm around and even accuses me of assaulting him. What could be worse than that???

The truth is, a lot could be worse than that, but at the time I let it consume my every thought. Was I too fat? Should I not have opened up to him? Was I too clingy like he was telling his friends? I mean, he was the one who told me he loved me on our first date. (WEIRD!!! I know.) Was I moving too fast with him that night? Did I become what I hate most and assault him? Was my life over?

The answer is a big fat NO. I knew none of this was my fault. I just wanted to place the blame on anyone but him. This story is a mess, and I'm aware of that, but it perfectly conveys the mess I have going on in my head right now. More importantly, the giant slime-covered, big old, nasty mess I had the week we broke up. Breakups are exactly that. Messy. I want to give you a chance to share yours. Email me at andrea.atconsonancie@gmail.com and share your messiest breakup story. Or share the story of why you aren't over your ex. Whatever YOU want. If I get enough emails, I'll post them anonymously as a collection of breakup stories right here on consonancie.com. You're not alone. I hope you remember that.

As Drake once said, "One day you're gonna remember me and how much I loved you. Then you're gonna hate yourself for letting me go."

Just try to remember everything your ex is missing out on.