I was studying abroad in London, England in the summer of 2017. I was the girl that carried a journal, sticky notes, Wendy’s napkins, and other miscellaneous trinkets, just in case I was inspired to document. This could entail social observations, ideas for fiction, or my mere thoughts that I decided were poetic. I was a person who quietly loved history and the arts, and sought inspiration everywhere. During my time in England, we were told that we were going to see Shakespeare’s play Romeo and Juliet in THE Globe Theatre. We were informed that we were going to be standing for the duration of the performance, just like the peasants of old; and although the thought of standing in place for hours horrified us, I will forever be grateful for that up-close experience. 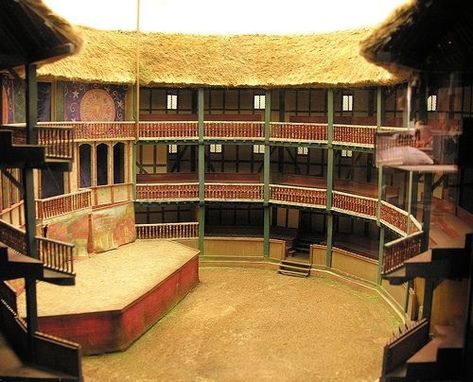 Now to get to The Globe Theatre from the tube station, you have to take this long, sleek, futuristic-looking bridge. It is made of plexiglass and steel rails, but for the sake of imagination, I will describe them as glass and chrome. It feels though we were walking back in time as we approached the grass-looking roof and timber frame of The Globe. As we filed into “the pit,” as it is so affectionately called, I found a spot touching the stage. I was confused by the black missile-looking shapes hanging from the ceiling but felt excited because I had no idea what to expect. As the play began, Romeo graced us with his presence, and my jaw hit the floor. This was a contemporary version of the play, and Romeo was sporting a black beanie, Beats headphones, and mime make up.

Up until this point, I believed I understood the story of Romeo and Juliet. I had read the play in high school and watched every movie version they had, from the 1960s- to Gnomeo and Juliet of 2011. It wasn’t until watching this example of it did it click for me…Romeo and Juliet is a story about desperation. 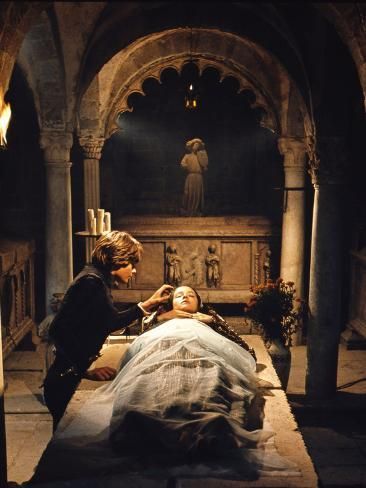 Romeo began, as he always does, griping over his precious Rosaline ghosting him, but at the mere SIGHT of Juliet from across the room, he is entranced by another. Although Juliet was played by a woman clearly in her late 30s, her portrayal of 14-year-old Juliet was the most realistic I’ve seen. When she spouted the phrase, “Romeo, Oh! Romeo. Where for out thou Romeo?” I clearly heard a young teenager entranced by a crush. In every other version, the actress uses the same tone and solemn punctuation, making their meaning unclear and leaving generations thinking she is merely curious about his whereabouts. She was so excited about a boy and was venting to her mother figure. With both of them in stark white face paint with black and red accents, the slightest imperfection was evident. Throughout the play, their face paint would rub off every time they would hug, kiss, fight, and cry. It was a physical representation of how they were affecting each other. The more they interacted, the more their once perfectly painted faces would smear and wipe off. They were destroying each other and the paint helped us see past the star-crossed lovers angle, and amplified their need to cling to one another... even if it kills them.

I think this representation speaks a lot of truth about our emotional intelligence as youth. We feel as if someone finally “seeing” us somehow gives us our first breath of life, and if we lose their gaze, our self-worth and identity goes with it. We come into this world jubilant, with a precise coat of makeup on. As we go throughout our lives, we learn the ease and hardships that accompany the experiences of love. As we, ourselves, hug, cry, kiss, mock, caress, or fight, our masterpiece smears onto each other. This leads me to wonder if we are aware of how much skin we expose daily? Do we realize how much paint we grant to others and in turn, take away from them? This play, and concept in particular, highlighted how desperate we all are for connection in our lives. We all want to love and be loved in return, and deep down I don’t think it matters the cost. Even the most put together, mild-mannered of us feel this desire festering inside them.  For better or worse it is the human condition. As people continue to live their lives in search of its meaning, I am here to say look no further. We are here to accept one another, to connect with each other, and settle the longing we feel inside as we find our people through decades of trial and error.

When we’re young with a fresh coat of paint, we race from person to person hoping they’ll grant us validation. It is as if we are a balloon panicking to find an anchor to tether to before we disappear into the atmosphere. Be patient. Allow your paint to dry as a powerful abstract of your journey to get there, and don’t let the wrong individuals wipe more than their share from the picture you created.