If you're like everyone else quarantining at home this summer, you're probably looking for anything that can keep your boredom at bay. I'm talking excessive baking, memelording, reading, or perhaps...video gaming?

The past month or so has contained a stream of new game and console releases from mega companies like Electronic Arts, Sony, and Playstation, with July 12th being the date for Ubisoft Forward, the company's own sneak peek at what games they have in development. So far, reactions have been mixed. The upcoming PS5 and Xbox Series X have brought back the age old debate of which console is superior, and those who watched the announcements were blown away by hyperrealistic graphics, but not gameplay itself. After getting sucked into what UbiForward had to offer, however, I think it's safe to say that Ubisoft, a company well known for projects like its Assassin's Creed and Tom Clancy series, has come out on top with a consistent lineup of great games releasing later this year. Here are some highlights:

Dubbed "The Future of Battle Royale" by Ubisoft, Hyper Scape certainly has the benefit of being the ancestor of massively popular first-person shooters like Fortnite, Call of Duty, Overwatch, Apex Legends, and PlayerUnknown's Battlegrounds. The game has an unusually clean animation style with a large glistening map to explore as teams of three collect futuristic, upgradeable weapons and shoot it out with other teams.

Features like a closing circle that dissolves the outer edges of the map (similar to Fortnite's storm circle), building structures in-game, and healing fallen comrades are nothing new, but Ubisoft is trying to lend sophistication to these elements by adding a tree of insane special abilities called Hacks, and a streamer-friendly system that lets streamers' audiences vote on what map trait (anti-gravity or infinite bullets) should be next.

Already, Hyper Scape is trending on Twitch despite only being in its beta stage. Gameplay footage from UbiForward hints that it could truly be one of a kind with its Star Wars-esque shootouts and electic style. As someone who isn't really a fan of battle royales, I'm definitely going to give this one a chance. 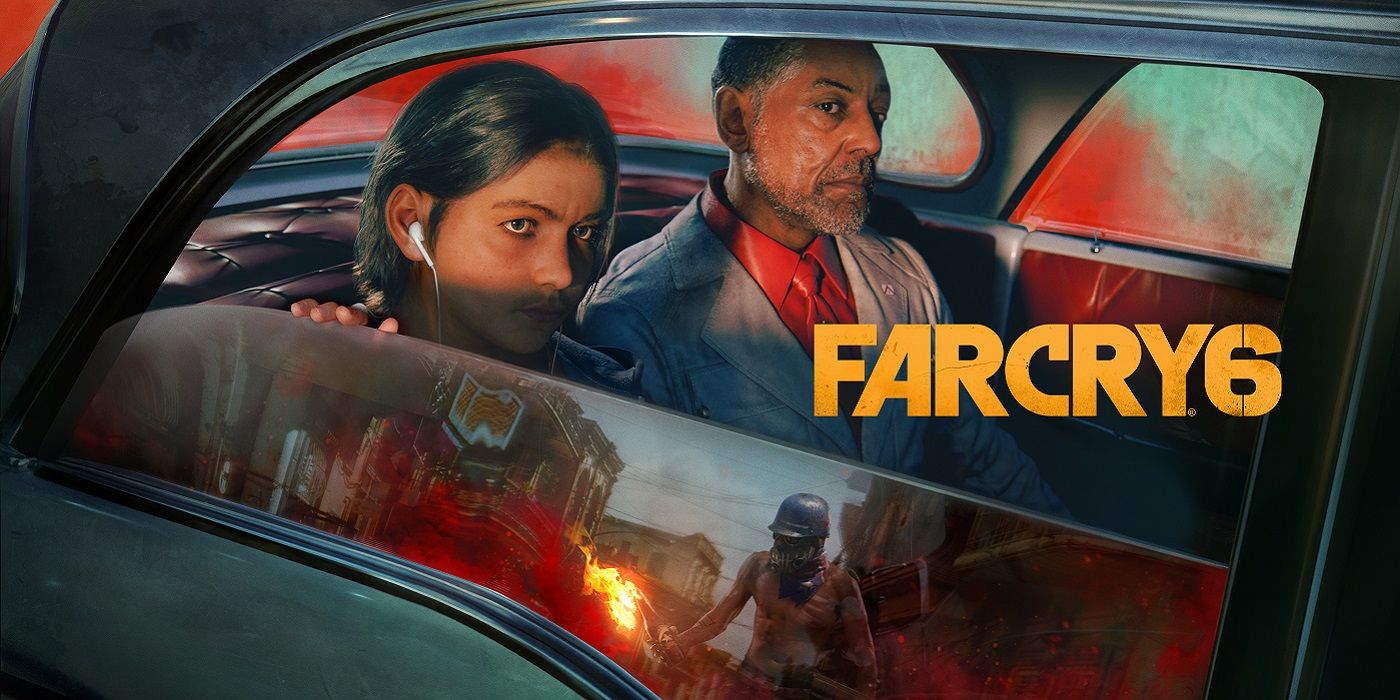 The Far Cry series has been...interesting, to say the least. We've seen it take us to exotic locales and oft overlooked corners of chaos. Far Cry 5 felt like a total bust with its failure to address the themes Ubisoft heavily advertised, instead hoping that their "no explosion too big" mentality would make up for an otherwise lackluster storyline about a cult in the American Midwest.

Like previous installments in the series, Far Cry 6 takes place outside the U.S. in a Brazil/Cuba-like country ridden with political riots and turmoil. Not an easy topic to cover, especially considering that this is Ubisoft's first real step towards diversity. However, with the inclusion of Better Call Saul actor Giancarlo Esposito maintaining a titular role in the story, I have high hopes that this game might just redeem the series. Not only is it capitalizing on the success of Spanish and South American shows like Narcos: Mexico and La Papel de Casas, as well as on Esposito's recent foray into the world of Star Wars in The Mandalorian, but the project comes at a time when race and dictator-like politics are at the forfronts of everyone's minds. 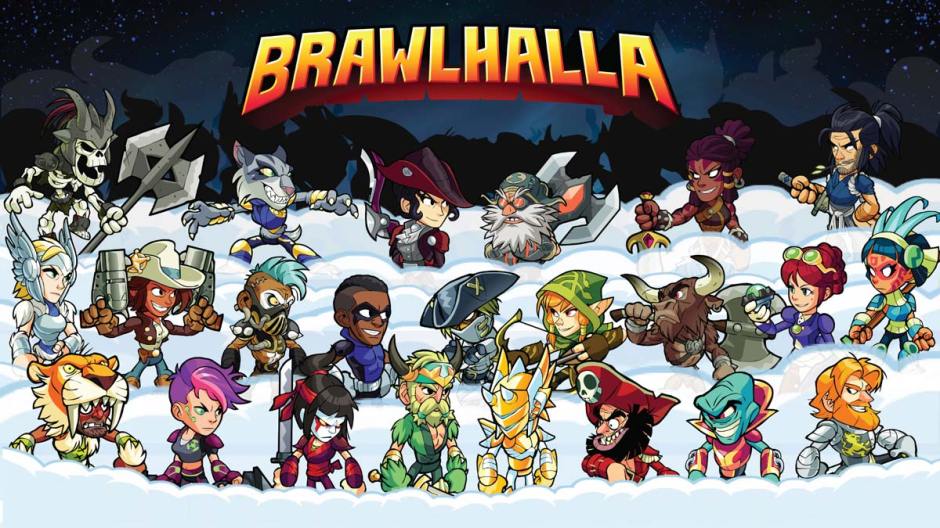 It's been around for a while, but is just another 2D platform fighting game that happens to feature a few dozen Ubisoft characters. Not sure what's being innovated here, but I guess it's a free alternative to Super Smash Bros. 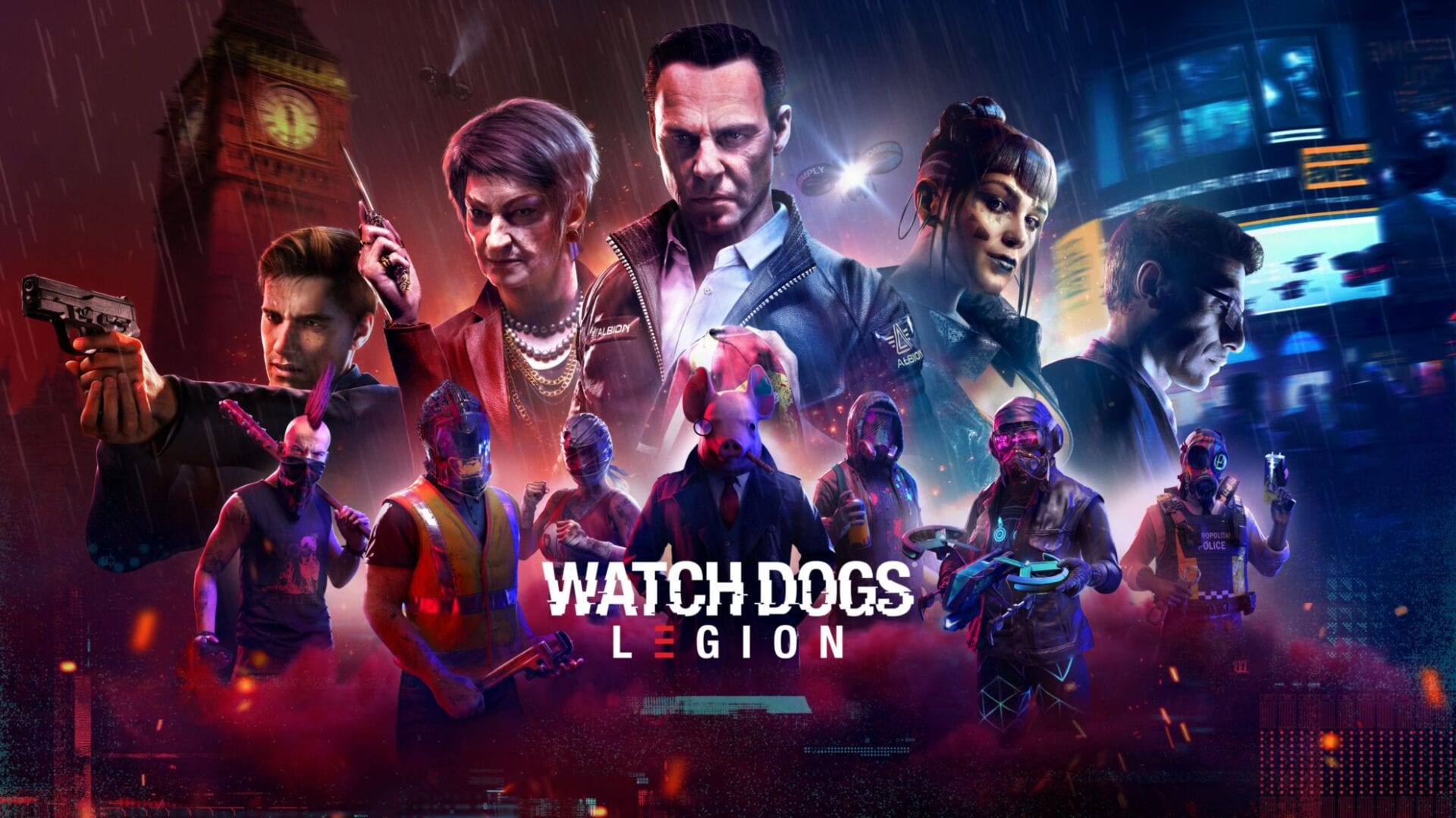 For all the smack that people talked about this game, there sure was a lot of excitement over its extended cinematic trailer. In the most hilarious fashion, Ubisoft's login servers crashed trying to accommodate the tens of thousands of viewers rushing to nab a free copy of Watch Dogs 2 while the show went on. While I frantically clicked my mouse button like a maniac to get the freebies promised to me, I couldn't help but be impressed by the visual cornucopia that is Legion. Sure, it's iffy as to whether being able to control any character in the game will be that much fun after a while, but one thing you can't deny the developers is that their project is extremely immersive.

We're dropped in a futuristic London that's like if you took Tron: Legacy, remade it with a 60s British punk rocker personality that's a diehard fan of Blade Runner, threw in an additional cyberpunk dystopian essence, and glommed up on the things we love to hate: state surveillence, private militaries, and organized crime like the kind we haven't seen since New York's mafia days.

It's an intense mashup that has the potential to be even more chaotic considering that each character that will ever exist in the game supposedly has their own unique personality, backstory, and skillset. I think it could be fun to control whoever I want—notoriously, you can play as someone's grandma—but it feels slightly pointless to have a storyline with no central main character itching for revenge like we saw in the first two Watch Dogs. As with Far Cry 6, I hope that Ubisoft won't just stretch out the anti-anarchy attitude, and will opt to provide meaningful commentary on the world as it exists today.

Of course, I saved the best for last. I will admit, I lost all interest in the series after Assassin's Creed Syndicate. Even though gameplay mechanics were revamped for Assassin's Creed Origins, the foray into even more ancient periods of history felt desperate. Going back to a time before even the Crusaders? Definitely running out of options. Making eagle vision a literal eagle? Quirky. Adopting an RPG style of story involvement? Insane, but the traditional run-around-and-parkour was getting a little boring anyway. This is my long way of saying that I knew Origins would still be good, but I had spent so much time playing Assassin's Creed that it wouldn't be any more new than when I first started playing the previous nine games. The same thing happened with Odyssey when I just wasn't as excited as I had been with previous installments, despite my love for ancient Greek history.

Let me tell you how I feel about Valhalla: I am PUMPED and beyond excited to play as a ferocious, badass, ax-wielding Viking. Ubisoft definitely learned from its success with For Honor, another third person combat game with reaction and strategy-based play that features samurai, knights, and the Wu Lin, in addition to Vikings. Like For Honor, Valhalla will be very strategy heavy, as the main character leads an army, builds villages, and tries to gain land and allies. While it will maintain the traditional stealth mechanic and its still fairly new RPG style, Ubisoft seems to be pushing forward a new side of Assassin's Creed, one in which climbing over buildings all the time probably won't be the main thing you're doing. According to UbiForward's beta screening of the game, it'll generally taking more critical thinking to find loot, regain health, and get past the myriad of Viking enemies scattered throughout the land.

In the best sense, Valhalla reminds me of Red Dead Redemption II, which also sported an open world system, and featured dozens of Easter eggs outside its main storyline, some of which didn't necessarily adhere to physics or science. The latest installment to Assassin's Creed promises that it'll combine a lot of the elements that players love in well-rounded stories like The Last of Us and Uncharted, with a sweet Viking twist on the action video game genre.