"Never Have I Ever", released on Netflix in April of 2020, is a T.V. series that follows the life of a first-generation Indian-American teenager named Devi Vishwakumar (Maitreyi Ramakrishnan). Currently two seasons long, the show is a comedic coming-of-age story. "Never Have I Ever" is one of the first realistic representations of Indian-Americans in American media, as it is not only free from stereotypes but also provides depth to its main character, Devi.

The Netflix show caters to an Indian-American audience, but succeeds in appealing to a larger audience because it’s still wonderfully American. The show portrays parts of our shared experiences as Indian-Americans and provides us with a sense of relatability – a concept that is unfortunately absent from mainstream American media. In "Never Have I Ever", various aspects of Indian culture are explored, including family values, parental relationships, religious festivals and customs, and more. However, despite putting an emphasis Devi's family’s Indian culture, the show portrays them like any other American family. Their household consists of Devi, her mom Nalini (Poorna Jagannathan), and her college-aged cousin sister Kamala (Richa Moorjani). They have frequent arguments and must overcome challenges, like the death of Devi’s father Mohan (Sendhil Ramamurthy), but still love each other through it all. 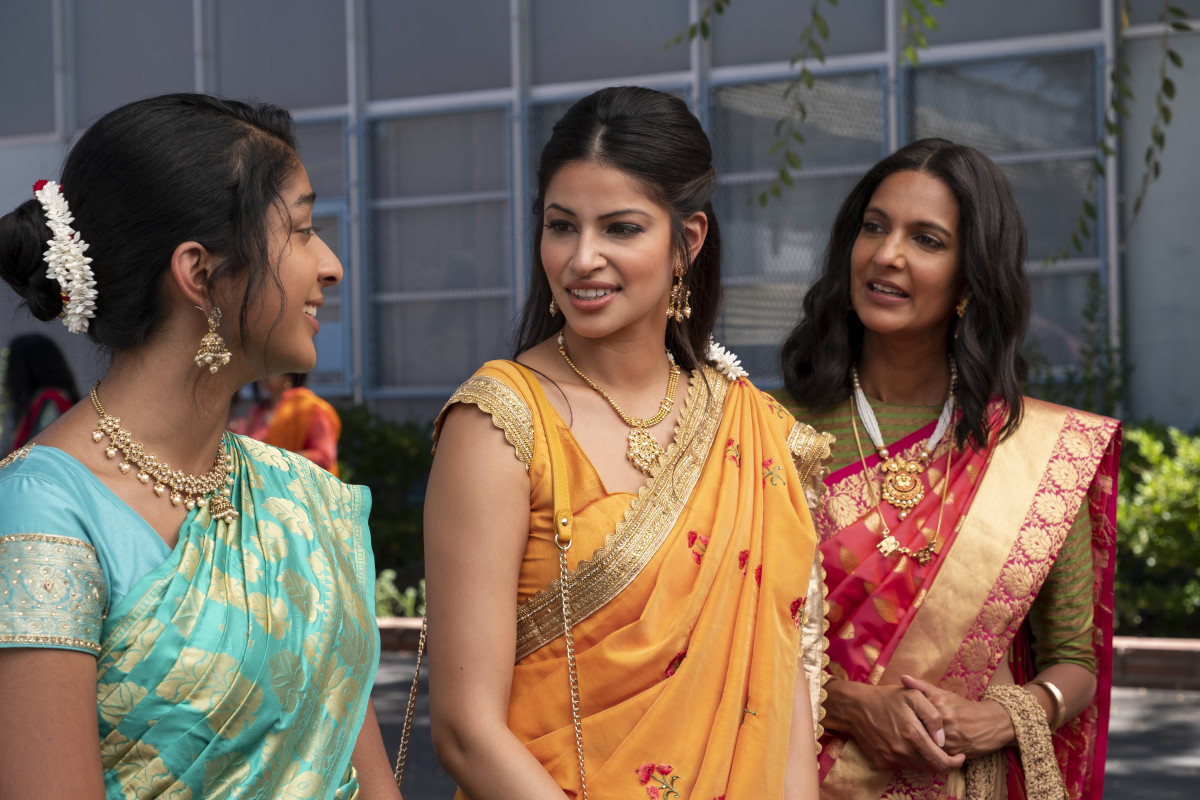 "Never Have I Ever" takes a huge step in providing an accurate and realistic portrayal of the Indian - American experience. One aspect that the show accurately addresses is the desire to assimilate. As a teenager, Devi struggles to balance her Indian identity with her American identity. While she is expected to carry Indian values and participate in her culture at home, Devi also has a strong desire to look “cool” at school – which generally doesn’t involve showcasing ethnic culture. So, as Devi begins to feel too American for her family and too Indian for the kids at school, she finds herself in an identity crisis. Like most Indian - Americans, in an attempt to fit in with the environment around her, Devi chooses to reject her Indian identity. In Season 1, Devi’s embarrassment with Indian clothing, Bollywood dance, and religious festivals is clear. Her insecurities are transparent as the audience watches her hide from her peers as she walks around school in her sari (Indian attire) on the festival of Ganesh Chaturti. Her worst nightmare occurs when she comes across Paxton Hall-Yoshida (Darren Charles Barnet), her crush, while wearing her sari. Devi, in a fit of embarrassment, begins to downplay the importance of the festival that she is celebrating. She refers to it as a “stupid Indian festival” in an attempt to look cooler in front of her crush. Watching Devi’s internal struggle to reconcile her two identities is heartbreaking, yet incredibly validating for other Indian - Americans to see. The show portrays the shared experience of Indian - Americans hating their ethnic identities, at least for some time during their childhood, because they make it more difficult to assimilate into American culture.

Another applaudable quality of "Never Have I Ever" is the way it develops Devi’s character. Devi has her own storyline, multiple sides to her personality, and loads of internal conflict. One of the main reasons “diverse” characters don’t usually appeal on screen is because they are often defined by a single quality. That isn’t realistic. In this Netflix series, Indian-Americans are not portrayed as socially awkward nerds that smell gross and speak broken English. The show gives Devi a lot more depth than that; and although the show is a comedy-drama, Devi’s character does not exist for the sole purpose of comedic relief. Devi is not presented as a caricature of a “typical” Indian, but rather as a three-dimensional human with flaws, trauma, talents, and quirks. She is desperate to be popular in school and gets obsessive once she decides what she wants. She could be more loyal to her best friends – Eleanor (Ramona Young) and Fabiola (Lee Rodriguez) – but she’s working on it. Devi, although still portrayed as a bit nerdy, is proud of her academic achievements. Her intelligence is a personality trait, rather than a basis for ridicule or a means to support another character. Devi exists for herself, and it is empowering to see her proudly claim her position as the main character with all of her strengths and weaknesses.

Many viewers are not quite satisfied by the portrayal of Indian Americans in "Never Have I Ever", believing that the show still pushes many harmful stereotypes. People are specifically critical of two aspects of the show – the sub-plot of Kamala’s arranged marriage, and Nalini’s overprotective nature. Although Indian society has drastically changed since the times of our parents and grandparents, arranged marriages and overprotective parents are not yet rarities in Indian families. I believe that portraying reality is important in representation, even if it can be irritating to see sometimes. It is important to differentiate between negative, harmful stereotypes and realistic representation; reality isn’t always perfect either. It would be unfortunate if, in the chase for overly positive representation, we end up being portrayed in a way that is too perfect to relate to. Indian-American representation should be consistent with our current realities and should change with time.

One Step in the Right Direction

"Never Have I Ever" is one step forward towards increased representation of Indian-Americans in mainstream media. The show humanizes Indians by showing people that we can have complex lives and personalities just like everyone else. "Never Have I Ever" may not be the perfect source of representation in the eyes of every Indian - American; nevertheless, it is one step in the right direction.