*After working at Seaboard Foods in Guymon, Oklahoma for roughly a year, I’ve been both a production employee and a trainer. Now, I hold a position as an Union Steward. This week, I got tested for coronavirus for the third time since March.

I work on the cut floor, the most densely populated part of the pork- production plant process, with about 630 workers on B shift. Although over fourty production plants across the country have shut down in response to the pandemic, there are no plans of stopping production in Guymon as the plant and its processes are considered part of an  “essential” industry. As of Wednesday, May 27th Texas County reported 906 confirmed cases of COVID-19. It is unclear as to exactly how many of those cases are employees of Seaboard. Various sources have claimed anywhere from two hundred cases to six hundred, amounting to 24% of workers.

Seaboard Foods appears to be taking steps to prevent the spread of the virus. Employees are subject to disciplinary action upon refusing to wear a mask, temperatures are taken, plexiglass barriers have been installed in cafeterias and high- traffic areas, free testing was available to employees during the week of May 12th, 2020, and there have been efforts made to stagger break times between departments. Realistically, the community has been provided with an indescribably false sense of security in an effort to keep operations running smoothly. The vast majority of employees are financially imprisoned in a work environment that not only puts them at an extremely high risk rate of contracting the virus, but arguably, an inevitable one.

When an employee walks through the main entrance before their shift, they are greeted by management and a thermal scanner. Seaboard claims that temperatures are taken throughout the day with handheld thermometers or the thermal imaging system. While I question the overall accuracy of thermal imaging, it must be noted that handheld thermometers are only used if that system detects a high temperature. 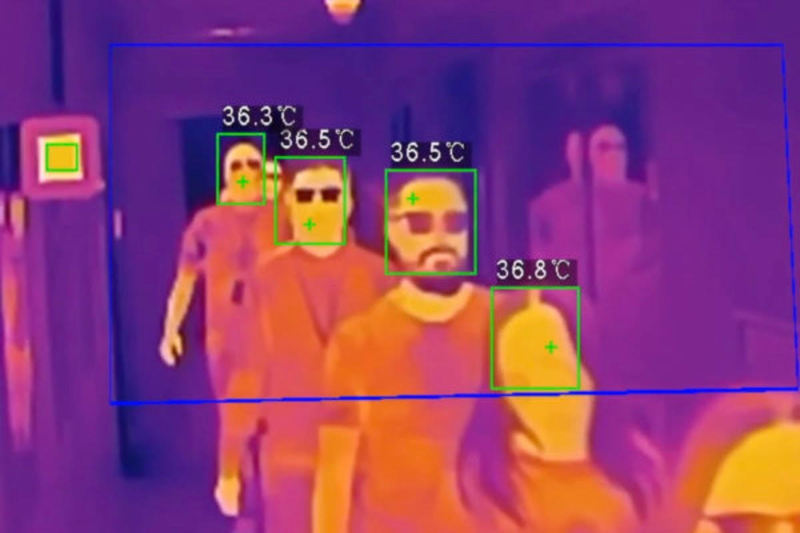 It’s been that way for weeks. Experts on the topic say that the systems can be inaccurate by as much as 4 ℉, and the external temperatures read aren’t necessarily consistent with internal readings. After walking through a 90℉ parking lot or getting out of an air- conditioned car, mistakes are inevitably made. Furthermore, you’ll be more than hard- pressed to find any employee that has their temperature taken more than once a day unless they present themselves as not feeling well to the nurse.

From the outside looking in, thermal imaging could be thought to help with social distancing guidelines, or to be mindful of them at the very least, but those guidelines are non-existent in restrooms, locker rooms, lines for equipment, and especially on the floor. Mirrors are surrounded before shifts as bandanas, masks, and hairnets are arranged under hardhats. Locker rooms resemble the setup of a traditional high school gym; small and cramped for space. 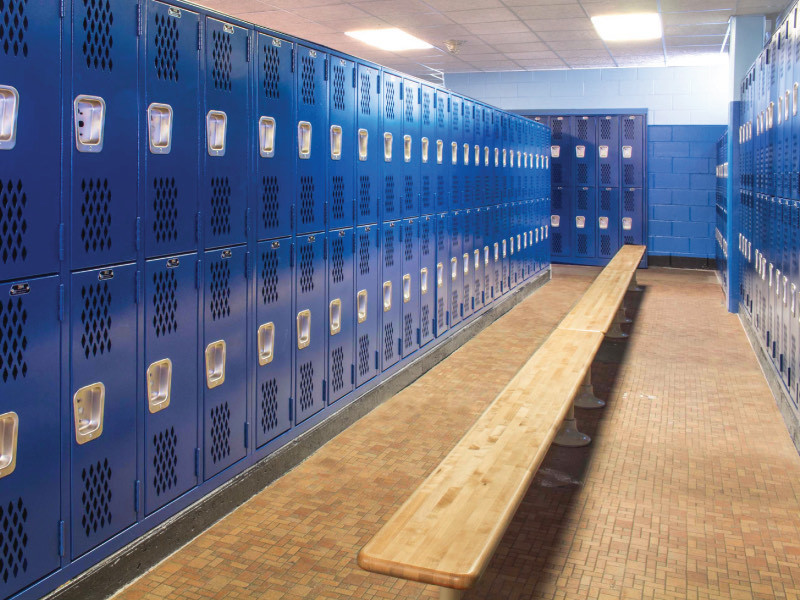 Routine locker-cleanout scheduled for May 15th was cancelled as the plant unexpectedly worked that Saturday. Exchanging PPE can leave an employee waiting in line for up to ten minutes at its busiest times, where it's physically impossible to have fifty people stand six feet apart. Even worse, there are lines on the floor in which employees work shoulder-to-shoulder and back-to-back.

The effects of these conditions have been apparent during the past two weeks, especially after optional testing was conducted at the plant. 440 employees tested positive, accounting for more than half of the total cases in Texas County. On May 25th, it was reported that 215 employees were on paid sick- leave and 430 had returned to work. On the cut floor, the numbers are far more detrimental to the work environment. Some departments have been running at less than half of the normal amount employees required to perform the essential functions of the line. To be clear, the speed of the lines have been reduced dramatically, however, that doesn’t amount to less work for everyone. Imagine a line that normally has about twenty people operating with only eight people. Each person is now expected to perform two or three jobs at a slower speed in order to compensate, working closer to each other in order to buy themselves time for missed pieces. If the line is too slow or too much product is missed, additional hours will be required; nine to ten hours at times. Some job positions have been phased out completely. Situations such as these are parallel on every part of the floor, regardless of the nature of the work. Employees will continue to make an extra $2 of hazard pay per hour through mid- June as they play a waiting-game of contracting the virus. Even those who haven’t experienced any symptoms or test negative for the virus aren’t safe. Upon testing for coronavirus antibodies, some employees have discovered that they fought off the virus unknowingly, meaning that they were contagious, possibly for weeks, as they continued to work.

So, what can be done for employees whilst their well-being is attacked from all angles? They’re straining their muscles to do more work in less time. There's undeniably an elevated amount of psychological stress across the board. It is commonly known that both factors do contribute to weakened immune systems, thus making workers more susceptible to other health issues. Can anything be done at all as we’re simply labeled as “essential” and financially imprisoned by underlying socioeconomic factors? That’s not for me to say, I just work here.

* Views expressed are my own and do not represent the opinions of Seaboard Foods Services Inc., UFCW Local 2, Consonancie, or any entity whatsoever with which I have been, am now, or will be affiliated.