Poetry is dying. And we need to save it.

With social media came the rise of InstaPoetry, and while at first it may have appeared to be a chance for younger generations to fall in love with this artform; even this modern, accessible format is not helping to keep poetry alive.

Rupi Kaur is one who has truly mastered this form. She is among the most popular poets of our time, with three best selling poetry books; one of which has sold over 2.5 million copies worldwide. However, compared to her popularity between 2015 and 2019, even she is no longer getting the exposure she once used to, and perhaps the fact that she caters her work to an online audience is partially at fault.

The majority of Kaur’s poems follow a specific pattern: no rhyme scheme, no rhythm, and very short. Featuring a little line drawing in the corner of the page illustrating her concepts. This could be why her poetry was so successful online at first glance - quick, superficially thoughtful and easily-digestible, ‘InstaPoetry’ seems made for the new social media age. We are accustomed to videos, stories, art, comedy, all being available to us at the tap of a button. The quicker and easier to access, the better. And admittedly, Kaur’s works often have very good ideas behind them. But this style of writing ultimately lets them down. 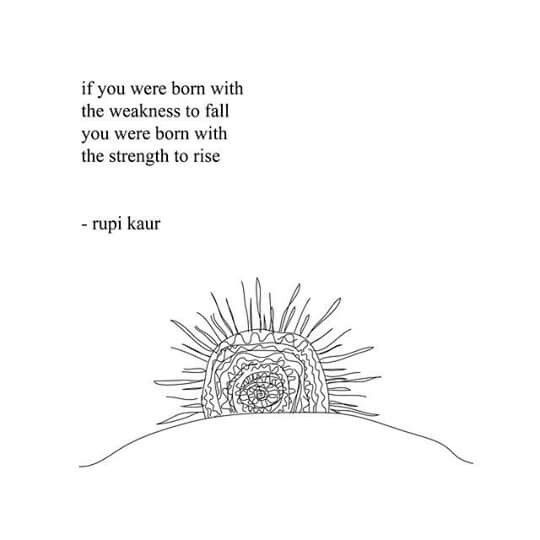 For example: “if you were born with/ the weakness to fall/ you were born with/ the strength to rise.” There is nothing inherently wrong with this concept, but that is all it is - a concept. Kaur has the right idea for the first step of poetry: find a good and interesting topic, but she typically stops there. Rather than building on her (often captivating) core ideas, she is content with the foundations, which leaves her work seemingly under-developed. As Huma Qureshi of The Guardian said, “It’s important to remember that poetry is not just about the uncontrolled expression of how you feel, but how you shape that expression”.

Kaur’s poem above is based on an alluring thought; where there is weakness, there lies the potential for strength. Yet, on closer reflection, the poem lacks any real depth. By using repetition in lines 1 and 3, (“you were born with”), the crucial contrasts at the heart of her poem are established: weakness vs. strength; falling vs. rising. However, the opening line, “if you were born with” has little meaning on its own. It seems relatively weak and trivial. It does not really indicate what the poem will be about, and it cannot stand alone without the next line. It is the careful use of words - the subtle yet powerful means of writing filled with emotion and intention - that elevates a good poem above mediocre ones.

Kaur is just one among a plethora of ‘InstaPoets’: but many are falling under the surface. Instagram is flooded with this new generation of “revolutionary thinkers”. But are they truly revolutionary? They brand themselves as the poets who have finally infiltrated a space which panders to the privileged - and there is, without a doubt, truth to this claim. However, there were others paving the way, creating high quality literature, before them. 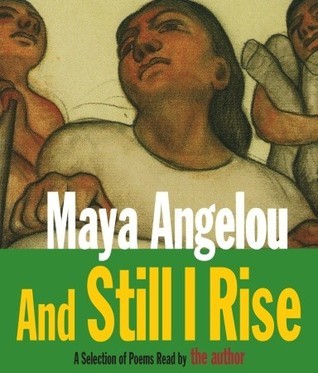 Maya Angelou wrote about her personal life and her struggles. That was revolutionary writing from a young black woman in an age of segregation and civil unrest. She was at times a prostitute, she had been homeless, and was the victim of a rape. She was a revolutionary not simply because her existence was contrary to the rich white men who already have a foot in the door - she was a brilliant poet for the sheer force of her words. Her ability to manipulate language shows a rare talent that has not been demonstrated by most of these InstaPoets as yet. Without finding the force of their own words, they can never be revolutionary. They are only slightly delaying the demise of the artform.

The fact that they so often are missing this integral aspect of revolutionary and high quality writing is the reason these poets are now also often ignored. As mentioned, even Kaur, the most popular of them all, is now little spoken of. She recently released her third book of poetry: "home body", and despite it being a #1 Times Bestseller, there was little talk of it online - despite social media being a huge part of her exposure. Why? People are getting bored. Milk and Honey may have been a breath of fresh air - but her 3rd book features the exact same style, the exact same themes, with the exact same tone. As I’ve mentioned, Social Media thrives on quick, accessible content, but it also thrives on new and refreshing trends or ideas. The majority of these poems are not giving us that. And this is irresponsible. The majority of people, particularly young people, are showing little interest in a form of writing which has the ability to create within us a rollercoaster of emotions in just a couple of minutes. Rupi Kaur's style is, for many people, the most recognisable idea of what poetry even is. If those people become bored by it, then they will never discover what the world of poetry can do.

We cannot let it become obsolete, due to poets who refuse to grow, and to shape their craft.

Social media has created a fresh, accessible space where writers of all backgrounds can express themselves. Poets should not just grab the mere opportunity of having their words displayed on Instagram; they should push their writings to mean more, go deeper and reach farther. They could perhaps give our generation the kick that it needs to reignite the spark that poetry lovers know exists. In order to do that, they need to accept the feedback of others, and attempt to develop and shape their words in new and exciting ways.

Kaur is notorious for taking any criticism of her work as a personal attack. When it is suggested that her poetry could be more insightful or more adventurous, she and her fans automatically point to emotional authenticity, to the power of raw honesty, though it is questionable whether the complexity of some of the “raw” topics she explores are effectively communicated through her minimalist style. With an Instagram following of over 4 million people, Kaur could have the power to change poetry. Not to return it to its former glory - but to create a new found glory within it.

Kaur herself says in her poem that, in weakness, we have the space for growth, and with each fall, we can rise too. Similarly, the limitations of InstaPoetry are only frustrating because of its potential. These writers have the platforms, and the audiences to really shape the new directions in poetry.

Poetry is an amazing art form that must be opened to younger generations through social media. That is the best way to keep it alive and growing. New styles can develop in just a few years - that much is certainly true - but we must not dilute our art, or hollow out the craft so that writers can thrive off of repetition and lack of creativity. That is self-defeating. We do not need to stick to reading the works of Sassoon, Angelou, Keats, Plath and many others whose poetry was written decades before we were even born, but we need to take the foundations that their poetry built, and create on those foundations new aesthetic values. We need to draw inspiration from them and push the artform further. We must write, create, and express, but we must do it with purpose behind it: a vision for developing poetry. We cannot close off our minds to criticism because, if we only please ourselves, our art will forever be limited. The chance to keep poetry alive within younger generations currently sits in the hands of the InstaPoets.

It is imperative that they save it.