Unless you’ve been living under a rock for the past six months, you’ve probably heard something about the 2019 Man Booker Winner Girl, Woman, Other by Bernadine Evaristo. Now, though I am an avid reader, I tend to stay away from books that become overwhelmingly popular for fear of being underwhelmed. This isn’t the fault of the book, but of the masses around it who hype it up to levels it is near impossible for it to meet. However I caved in with this book because a) I was interested to see what it had to say about feminism and b) because the premise intrigued me regardless of the hype. 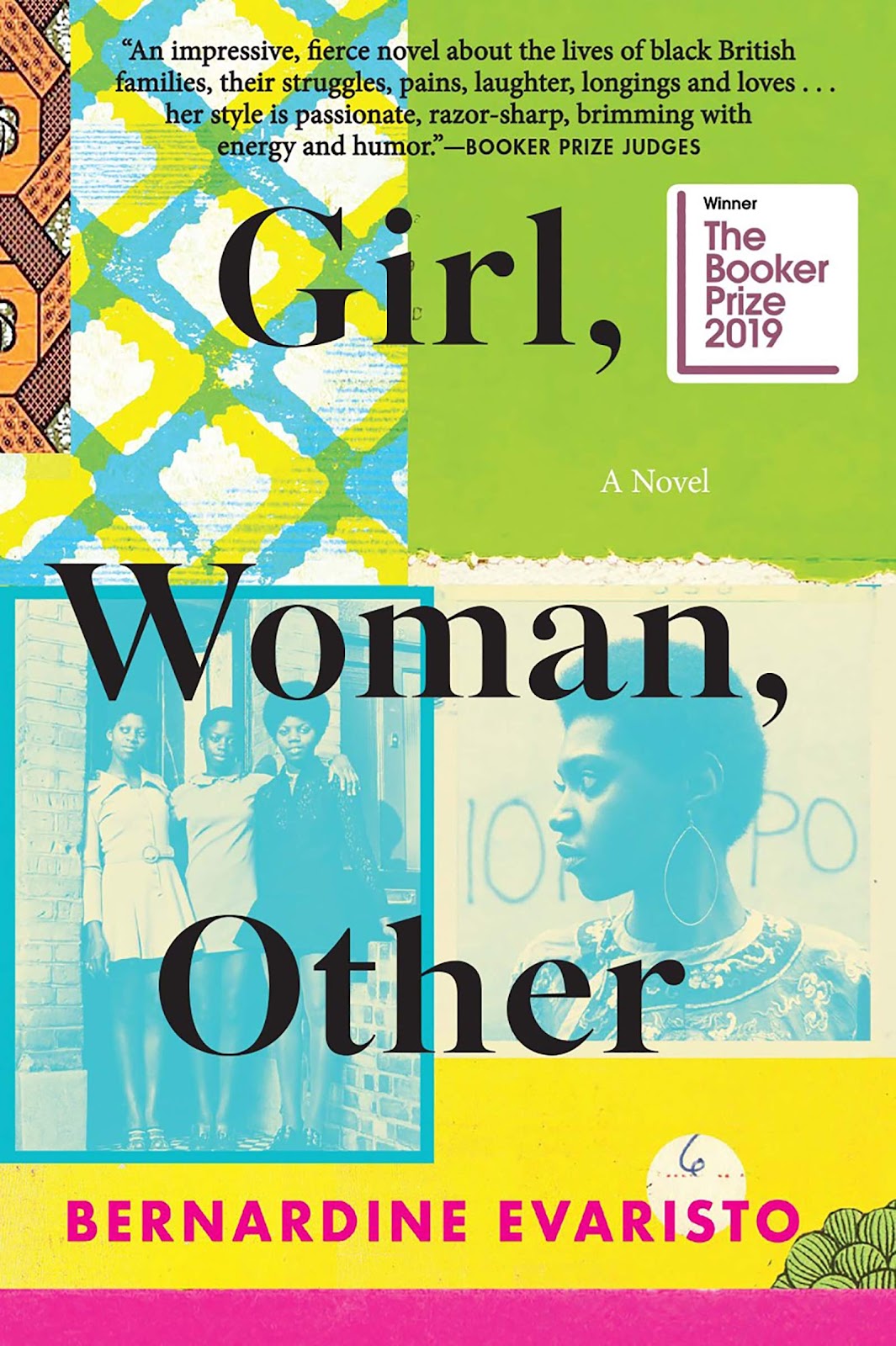 Girl, Woman, Other does indeed hold up. While it didn’t blow my mind or change my life, it was an entertaining, thoughtful, compact and well written book. I thought Bernadine Evaristo did an excellent job of creating stories that stood on their own well enough but were also interconnected to the wider world with characters dodging in and out, making cameos or playing bit parts to the main players. The part of the world she was capturing on page felt fully fleshed out with relevant links to the real world as well as personal details that elevated the setting to feel complete. She did a particularly good job capturing modern London and the alternative Arts culture that prevails there.

The twelve characters the story focused on all stood out on their own ways and felt like real people. For the most part they managed to stick out and remain clear from one another, though as the personal history of some of them progressed I will admit it did become a little difficult to keep relationships and individuals straight. Evaristo masters revealing characters through actions and in the eyes of others, giving the reader different perspectives depending on if they were being seen through their own eyes or the eyes of other characters. Because of this, many characters felt more developed as the reader is able to see their self perception versus how others view them over time in various stages of their life. The strongest part of the entire book was how Evaristo managed to breath life into so many different characters in order to distinguish them from each other and give them authenticity. Almost all of them felt like living, breathing people though the protagonists in the last couple stories failed to live up to the vibrance of the first half dozen or so. It almost felt as if because they were from farther back in history, Evaristo had a harder time accessing their thoughts and motivations so they came across as less defined.

The slightly unorthodox prose style and punctuation took some getting used to and I’ll admit I didn’t see why it was necessary though it didn’t detract from the story at all and after a while I didn’t really notice it for the most part. I have pretty conventional tastes when it comes to formatting though, and I’m not sure where the trend for ignoring punctuation marks came from but I cannot say I am a fan. They’re there for a reason, folks, and the lack of them adds nothing to your story as far as I can see but maybe I’m just an old fuddy-duddy who needs to get with the times.

One thing I did find slightly underwhelming in an otherwise excellent book, is I felt I didn’t really find any new perspectives or insights into feminism. Near the very end of the book there was the start of a discussion about Trans rights and how they intersect with feminism but it wasn’t fully developed or explored which I was slightly disappointed by. While the different characters may have represented different schools of feminism, I didn’t find anything that made me think about issues differently. I did appreciate, however, that most characters had their own opinions and there were no attempts from her to vilify them in any way. Even if the opinions countered that of the other characters or perhaps even Evaristo herself, at no point did they feel like they were only there to provide a foil. They genuinely just felt like it was an opinion of the character, adding to their authenticity. While it could have easily turned preachy. Evaristo managed to embed whatever points she was making seamlessly into the story. There were no clumsy attempts to prove characters wrong and any commentary fit perfectly with the characters and what they were saying.

Overall, I think it is a good representation of modern womanhood touching on issues that affect not only black women but women everywhere and apart from that, it’s a cracking read in terms of sheer entertainment value.