I'm sure that we've all heard rumors of the impeachment by now, but a lot of us aren't completely sure what is going on. Not only is there a lot of false information being spread, but a lot is happening all at once. Whether you're for or against Trump, I think we can all agree that an impeachment is a little scary. The right doesn't want to lose their beloved president, but if President Trump is impeached, Mike Pence becomes our president, which is horrible for the left. Personally, I'm an independent thinker. I don't necessarily hold all Democratic or Republican views. In fact, I'm right in the middle. This being said, I don't like Trump. However, he is the lesser of two evils when it comes to him and Pence. So do we really want to impeach Trump? The only way Pelosi is ending up being our president is if we find a way to get Pence out of the picture too and that's just not how politics works. 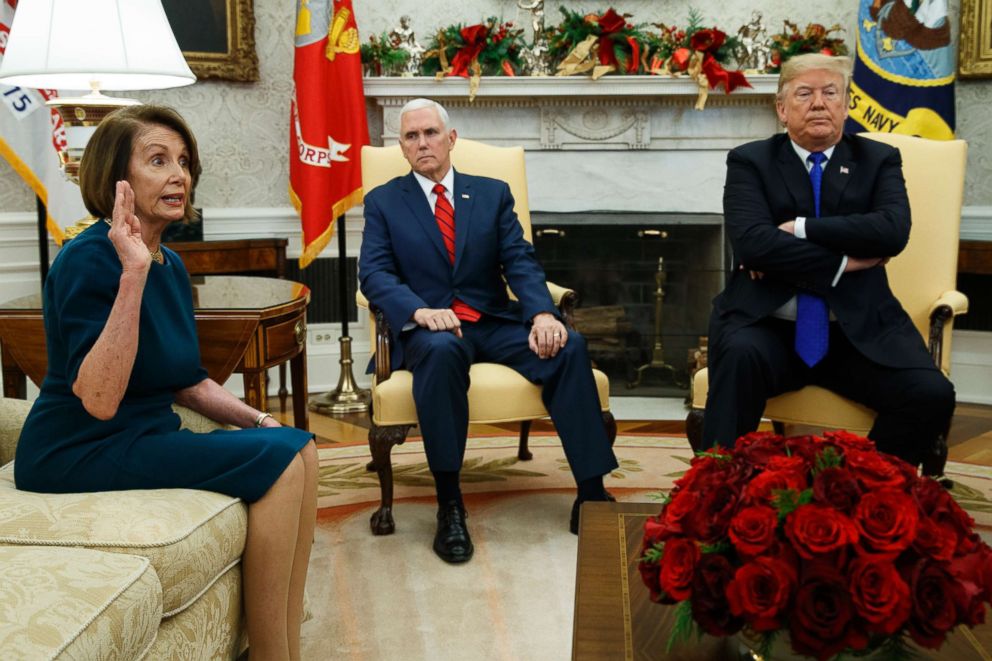 So, what is going to happen? That's not completely clear right now. A CIA officer filed a whistleblower complaint against Trump due to a phone conversation between him and the Ukrainian president Volodymyr Zelensky as being suspicious. His words are, "In the course of my official duties, I have received information from multiple U.S. Government officials that the President of the United States is using the power of his office to solicit interference from a foreign country in the 2020 U.S. election. This interference includes, among other things, pressuring a foreign country to investigate one of the President’s main domestic political rivals. The President’s personal lawyer, Mr. Rudolph Giuliani, is a central figure in this effort. Attorney General Barr appears to be involved as well." (Vox). The political rival being talked about here is Joe Biden, our former vice president.

Here we go again. Trump's getting a little TOO involved with foreign countries. This is exactly what the left has been looking for. A chance to finally get President Trump impeached. Sadly for them, the Director of National Intelligence sat on the report. He asked the Justice Department's legal counsel what he should do and they told him it wasn't a big deal. Then the situation was brought to light. We found out about the phone call and how nothing was done.

How exactly did the conversation go down? I'm glad you asked. Allegedly, President Zelensky asked Trump for an increase in military aid. Trump agreed as long as Zelensky did him a favor. It's thought that Trump might have pressured Ukraine into doing this by threatening to withhold the $400 million dollars in military aid the US had previously promised to give them. These threats were made not only by Trump but his lawyer Rudy Giuliani. Rudy attempted to get sensitive information out of the Ukraine that could help him argue that Paul Manafort was unjustly prosecuted. According to Vox, "The favor turned out to be about two investigations Trump would like Ukraine to conduct: one involving a bizarre and unfounded theory about Ukrainian possession of a Democratic email server, the other an effort to smear the Biden family’s dealings with a Ukrainian prosecutor as corrupt. (Vox).

After a few pleasantries early in the call, Trump brings up the military aid unprompted. He goes out of his way to compare US assistance to EU aid to Ukraine. 'I will say that we do a lot for Ukraine. We spend a lot of effort and a lot of time,' he tells Zelensky. 'Much more than the European countries are doing and they should be helping you more than they are.'" (CNN).

Public hearings will be held next week. (The Washington Post). This isn't the entirety of the situation, but this is basically what's going on from my understanding. Keep in mind, things will be changing quickly as more information begins to come out. I hope I helped explain what's going on. I tried to make this article understandable for those who aren't necessarily interested in politics. For more information, check my sources below.