The Last of Us Part 2 was surprisingly chaotic all in its glory trying to relive what it was. But what does it all mean? Go check out the whatever provided below to revise the whole fuzz:

Honest Game Trailers | The Last of Us Part II

The Last of Us Part 2 Ending Explained & Questions Answered 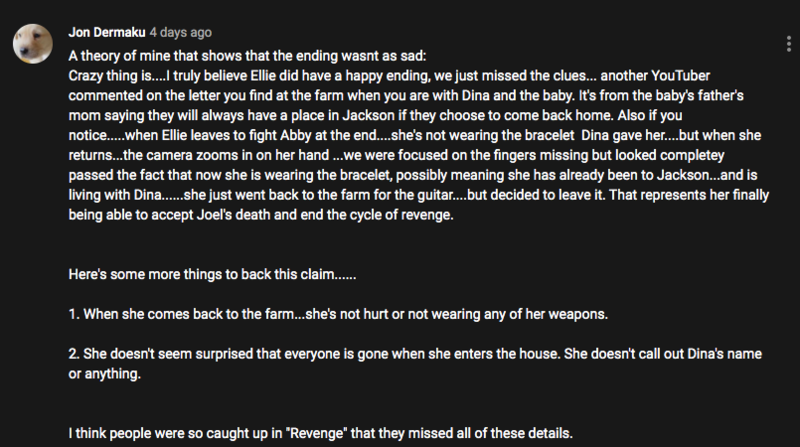 Huge appreciation for Jon Dermaku for the clarification on the little details of the ending!

Personally, it was very upsetting to see the reputation gets tarnished because of the way of structuring plots. Although critically acclaimed for its incredible style of art and cinematography, it never put itself close to complex philosophical ideas that usually revolutionize a medium, genre or even even lives. 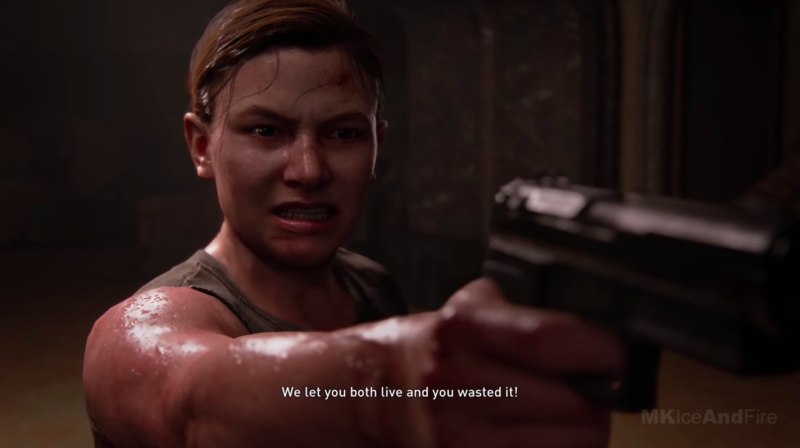 Instead, it presented itself as an emotional story throughout the whole journey with having the audience genuinely invested a hundred percent. In Part 2, it wanted to show the revenge story, which many have already witnessed throughout the whole history of storytelling. The developers tried something new by making it “dark” yet settling but after 7 years, they could instead use many decisions of the online world.

Simplified solutions: Be honest in ideas when writing, nostalgia plays a big role (after 7 years), flashbacks are unnecessary and play, do not tell (in the case of games, especially for dynamics in/between characters). 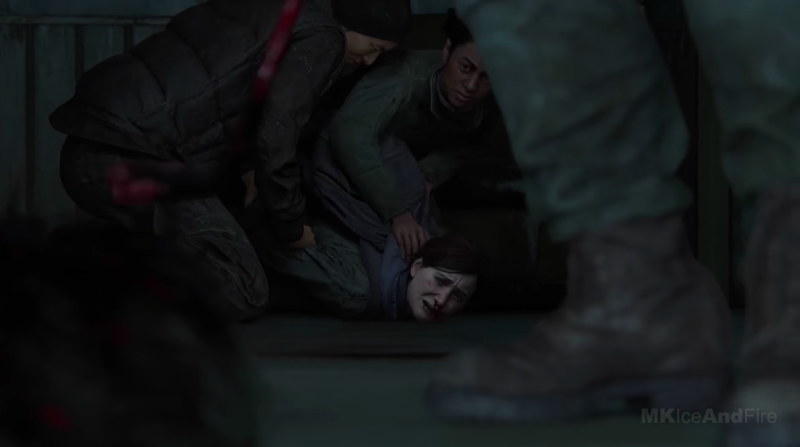 However, today I would like to dissect the definition of “revenge”. It could be seen as a personal thing as to do right for the sake of personal resentment to something or someone while it also can be interpreted as a means of justifying and in pursuit of the rights of morality or law code. Typically, the issues are fair when the other has at the least lost an equal amount of loss as the one or another considers. In Hammurabi’s laws, an eye for an eye– nowadays, it could be more/less dreadful than that, Ellie wanted to kill Abby because Abby brutally murdered Joel so Abby’s life must be taken away.

If you have been following the written articles I have been writing, exclude Kung Fu Panda– that was about destiny/fate although a little related to this one, GOOD or BAD are subjective. They are based on humans' perspectives. Take for example: jealousy, we desire something that we are not engaged in and by our surroundings, we are forced to be judged based on traditional values. The lust of trying to have something unavailable can direct us to achieving what might be beneficial.

“Envy” is considered to be one of the roots of evil but it could also be graceful. It just really depends, if Ellie wishes over to kill Abby for the sake of contentment, she is really allowed. But what about the disingenuous consequences that could happen? Well, as Ellie progresses through the game, she loses what she values the most and so do the people who cared about her and others. But the ending was a bit unclear as to explain Ellie’s desire to not kill Abby. Was it guilt? Could “guilt” be a reason to baffle the envious desires that resulted in brutalities? Perhaps so as this game wished to tell us, “break the cycle of vengeance.”

But one can actually produce the great amount of greatness out of jealousy, if only done correctly. To do that, is to guide and nurture the feelings of absence in abundance. To control oneself to see how much good could be produced while avoiding destruction to oneself, anyone and anything in both periods of long and short-term. This can be seen in Abby’s storyline, no matter how much she tried to do good because of Levi, she would still leave behind noises of horror that haunt her “virtue of guilt”. No matter how much you try to do good in the absence of morality, you still leave bad things behind.

If morality is objective, there will only be ONE way to become virtuous in particular situations and remains constant throughout the age of the universe and Ellie would meet her own demise due to her sinful nature. A reason why ethics exist is to help us better understand how to act but, most of the time we have to improvise in the stage of life. The idea of avenge in the game is not new at all, instead it was made to be new in a sense to try to make completion of the first game.

APPENDIX: Oftentimes feelings or passions can lead to error if we do not know better. As much as the rationality of human beings goes, often information that leads up to betterment relies on luck and tangibility. Killing can be wrong but to an absurd, they are both inhumane and incredible. What is the most evil thing in the world would be freedom, yet sound relaxing but people with power can rule without any domination in human connection and worse, have others control in their hands. A hypothesis: perhaps humans have developed their passions alongside orthodox morality, causing them to feel more feelings in most matters and basing their decisions to clear their minds more than during the primal times.