The Dark Knight (2008) is one of the most thoughtful superhero movies of all time. Considering its content, it already felt not as a superhero film, but a constant provoking duality of order and chaos. 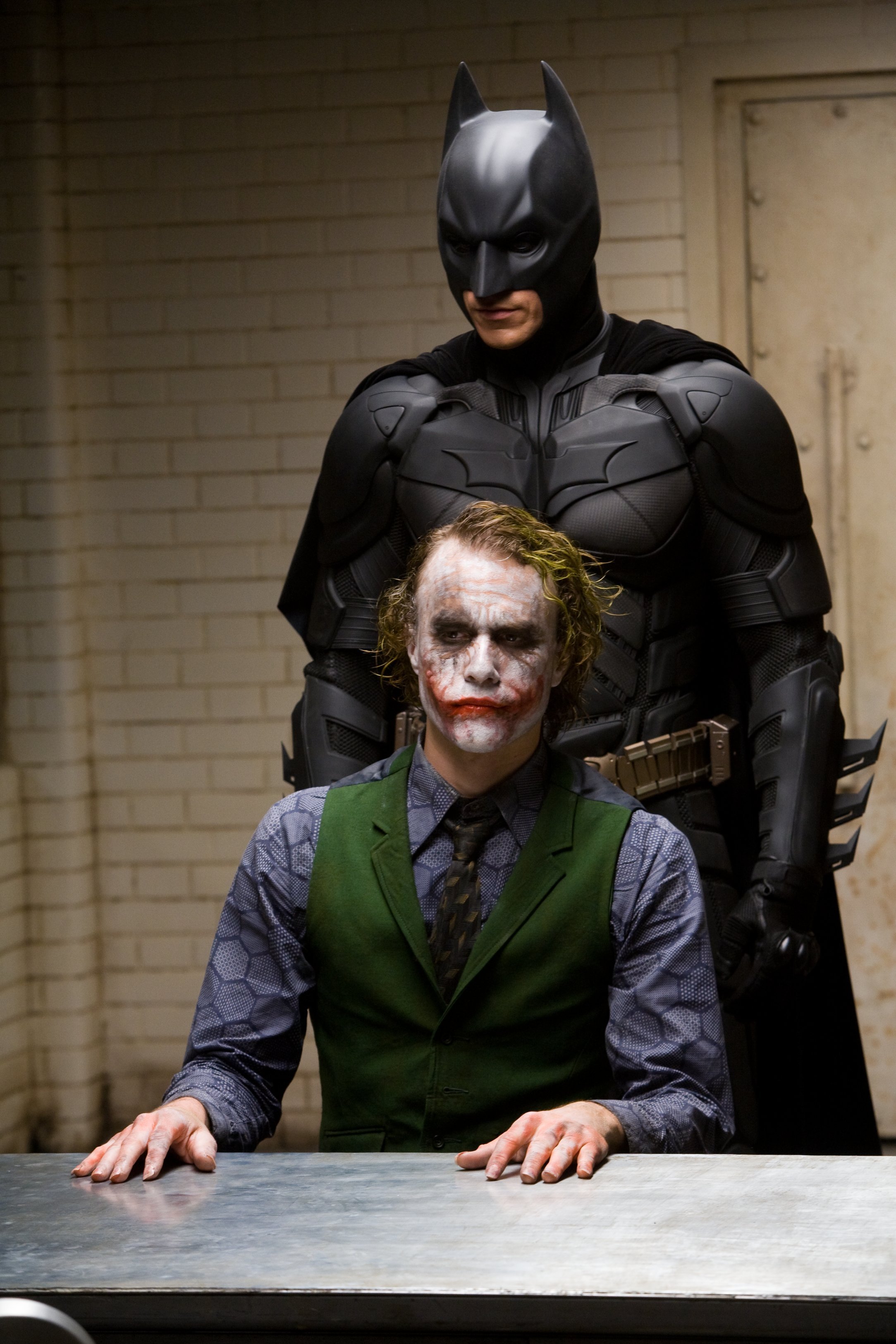 Before being dominated by Marvel, the superhero genre was often (and still) considered “good vs bad” and many other B&W and 70’s movies. Though not ‘super’, a protagonist is still called a hero. When The Dark Knight (TDK) swooped in, it considered the idea of ‘good’ itself. Unlike those movies in the past as well as some of now, it combatted the term ‘good’ and then played with it. The Joker of Heath Ledger portrayed a villain that does not concur nor believe the idea of order as he would call it, “–I’ll show you, when the chips are down-- these uh, “civilized people”, they’ll eat each other…”

"Chips" meant as a situation, if it’s a good situation, no one will be worried. But if it’s bad, everyone will start to worry and even consider the worst options just to survive.

Take this example, ‘A’ is partnered with ‘B’ to complete a task about a debate regarding why the US must get rid of the pennies. A’s willing to do the task as soon as possible although the due date is still about 2 weeks from now, while B wishes to just do it when the day’s almost come.  When the D-Day finally comes, both must confront it soon. With A’s merely done with half of the work, B convinces A to just copy CGP Grey. A and B then both agree and they never get caught cheating for the work they’ve plagiarized.

Innate suggests that the human behaviour that’s fragile and broken, willing to abandon sense of righteousness at the cost of an damaging their own reputaion for the sake of success. In TDK, the Batman and Joker betted on whether the people in the 2 ferries will blow up each other with bombs to save themselves before the doomsday clock ticks off, literally. During the middle of the fight, Batman won the argument and before Joker managed to bomb the ferries, Batman got the upperhand. Although nearly blowing up the fireworks, Joker had the people almost abandon their sense of righteousness.

That quote literally summed up the entire history of bad versus good, but that’ll be a later discussion in the future, mayhaps. Another thing, it gave us a reminder of the outlook on the 2 characters. In TDK, both Batman and Joker are already shaped, traditional superheroes tend to have origin stories regarding their villains or heroes. It used Harvey Dent as another point to prove Joker’s idea of no one is ever really truly noble.

Dent is portrayed as the benevolent saviour of Gotham, he served as a district attorney who puts mob bosses and criminals when no one could. He’s popular among the people and even went out as far as to convinc everybody that he's Batman’s to stop the terrorist acts of Joker from happening again in the midway of the movie. The city was so corrupted and everyone’s fed up with it but with Dent, he was the bright light hope that they’ve never seen in decades.

So, Joker played along like he played Batman. But again, Dent was special, while Batman’s a criminal vigilante who answers to no one and only obeys his moral sense of righteousness, meaning he can be like Tony Stark in Civil War (2016) or even Superman in Injustice (2013). 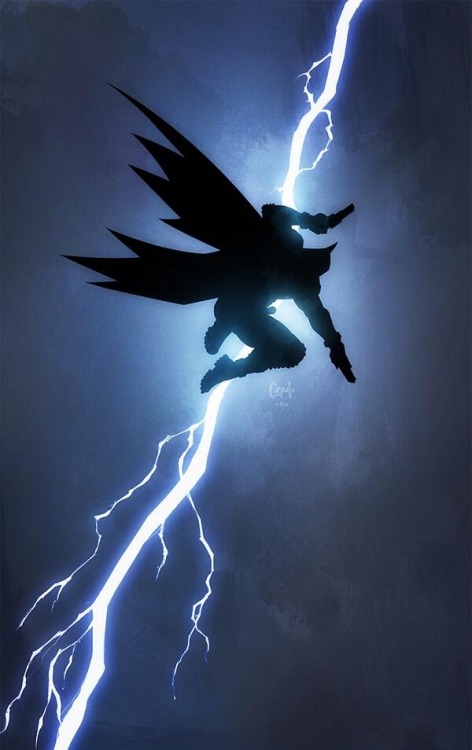 Dent fights crimes with the law but the Bat fights it with military-grade weapons and armors. While Joker cynically mocks them and poisons them so they can see the world through his eyes. Long story short, Dent became the monster Joker predicted, he once had Rachel and she’s now gone. Because of this, he only seeked vengeance upon the cops that were supposed to save her, although not clear why, supposedly it’s that he’s already consumed by loss that turned to anger and turned away from reason.

After Dent's death, all of his prosecution and legacy died with him. Gotham’s now hopeless against the crimes it tried to stand against before. Back to square zero. Batman knows Gotham needs hope, leaves the Batman mantel so that he’d be blamed for the murder of Dent– although Dent died as a maniac, not the hero he is. This meant to pass the Dent’s prosecution act as necessary to put criminals behind bars. This is because Batman murdered Dent in the eyes of Gothamites and they see it as a threat to the justice system and potentially threaten anyone just like Dent and his people. Eventually giving the law enforcement escalation on their ways of prosecution.

Was the Joker correct in his own predicament? Was it really a bad joke? One’s been shown both irony at both evil and grace but one still chooses grace over although it’s been outweighed so far than evil. Should one turn and become chaos entirely? Depending on one’s perspective, the ending could mean both bad and good– ugly and beautiful, tragic and hopeful.

When chaos and order had been here so long, more often chaos held rank for reigns. What is being ‘good’ even mean and for? Like evil, grace also too sacrifices everything in pursuit of order.

Psychologically, what is considered good is something of a fortune, while bad is a miserable fate. In pursuit of both good and bad is actually pursuing what’s beneficial. It’s absurd, but true to the happiness core. If a good or bad job is done, it either gives satisfaction or discomfort. But others could see this wrong in their eyes because what they consider bad would still buy into the concept of nobility. Just like Dent was posed as the ideal concept of justice in Gotham so that order could be maintained although he was still bad. This death was supposed to give the Gothamites hope like when Dent was alive.

Oftentimes, people buy into the concept of hope, but shouldn't they? It gives confidence to the body, mind and soul yet, it is shown to be dangerously chaotic in The Dark Knight Rises (2012).

The terrifying abundance existence of freedom is the actual reason behind the chaotic events that occur in the third film, as hope only brings refreshment that won't help in the process of creating something. Peace only exist when control is given to those in power but that was still problematic as the ones in control are actually the same people that lives in it. The mayor, the commissioner– they're all still regular Gothamites. They just have more responsibility than the regular ol' people that work in a supermarket. The Batman came to restore order in the first place while the Joker came to mock the society that prides themselves on rules that don't even work. What does this all mean? It means that to actually survive in the midst of this desert life, one must rely on their own understanding and capability as everyone's responsibilities are on their own. Relying on Dent or Batman makes no sense at all as the two are also responsible to be alive in their own survival. No one's perfect and to live from that, is really just to come back alive from it. But would everybody do that– could they even do it?

But will there be consequences in this hope and faith situation? Will there be a story to the ending? Why is the Joker ‘Joker’? Is the Joker a liar: A RESPONSE TO MATPAT, FILM THEORY! Thank you all for reading through, it means very much to myself. 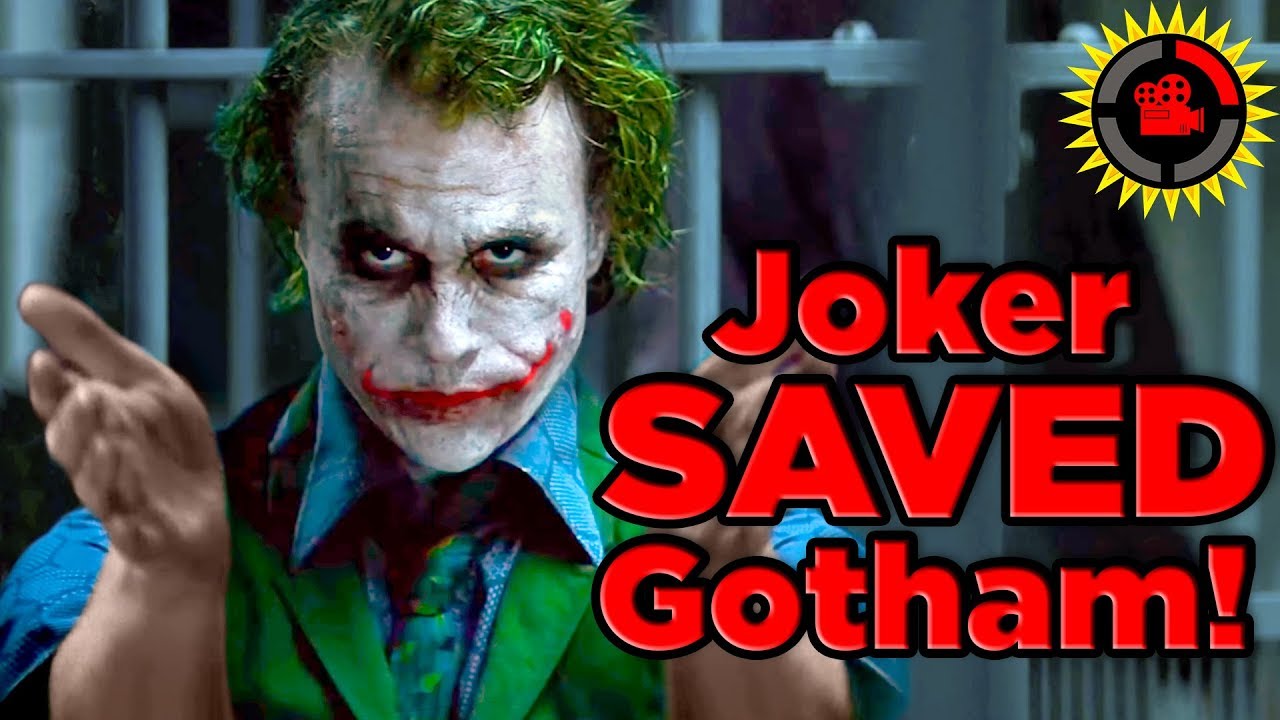