Anything you think could go wrong on a road trip, went wrong. My stepmom had jinxed our trip before it even started by saying “take the jeep, it weighs less than the suburban and is easier to tow in case anything happens”.

Three girls drove over 1,000 miles to the Grand Canyon and then to Colorado for one week of fun adventure. Our first stop was in Las Vegas. This day alone should have told us how tough this road trip was going to be. When we hit Vegas, it’s 106 degrees and was hailing. HAILING. I was just glad we didn’t stay there for long, from there we made it to the Grand Canyon.The Grand Canyon has amazing views and makes you realize how small you are in this world. The first day we were just taking in the views and I felt like a daredevil sitting and laying down on any edge I laid my eyes on. We even made friends with some overweight squirrels. The next day was our hiking day. Let me just say, you need to get in shape before attempting this hike. We only made it about a mile and a half down before we turned around. Good thing we turned around when we did because I don’t think we would have made it otherwise.

From here, we made it to Horseshoe Bend, then finally made it to a beautiful Bed and Breakfast in Cortez, Colorado. It had amazing views and just felt so homey. The only regret we had was not staying there longer. After here though is where everything started to go downhill. I guess this was the calm before the storm. 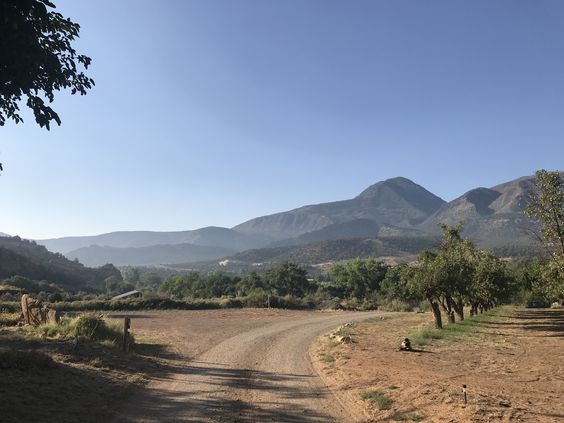 We barely made it 10 minutes from the B&B and the check engine light starts blinking and I knew this meant trouble. So we stopped at the nearest O’Rielly to get it checked and they said we needed to change the spark plug and coil, but the thing was we had to do it on our own. They were willing to give us the supplies, but they couldn’t help us. So, I had my brother on facetime guiding us through the process. The dang bolt just wouldn’t budge. I felt so stupid for not being able to get it off. I mean I pretty much grew up in an automotive shop. You would think I would know a thing or two. Turned out, we had the wrong size socket, and once we got the right size, we were able to change it. Piece of cake.

From here, we make it back to Arizona. We spent a day in Flagstaff and what a day it was. It will be a day I will never forget. We were driving and suddenly, my friend gets this massive bloody nose. She is in the backseat begging for some sort of napkin because of how much she is bleeding. All I had was some rag, so I threw it at her. Guess this wasn’t the best idea because she said it smelt like gasoline but hey, it was the only thing we had. My other friend was no help at all. She was screaming about how she had to pee and that the bloody nose was making her laugh which was making her have to pee more. I could barely concentrate on driving us back. I swear that bloody nose lasted for a good 30 minutes and I never go anywhere without napkins after that incident.

After this train wreck of a day, we make our way to Sedona and the natural water slides. These are so fun to go down and the best way to cool off. Until you realize you lost your key. And when I say key, I mean ONE, just one key. It was broken so it wasn’t like we could connect it to a lanyard or anything. So, we spend our time searching everywhere we had been for that key. We search the bathrooms and pay close attention to the ground. We finally go to the park rangers asking if anyone turned in a key. That’s when we realized we most likely locked into the car. The rangers were so kind to give us a kit to break into our car but just like before, you guessed it, we were on our own. I thought I would get it so quickly. I’ve seen all those cop shows where people break into cars with just a coat hanger and I thought, well if I have the proper tools, I must be able to make my way in. WRONG. But fortunately for us, these kind strangers came up to us and were willing to help us break into our own car. Now how awkward would it be it we were breaking into some random persons car… Well we weren’t and we found the key in the middle council. Let’s just say we were more than relieved.

At this point you are probably what else could possibly go wrong. Well let me tell you it was the worst possible thing. We were making our way to the Hollywood walk of fame. Our one last stop before heading home. Or so we thought. I was driving in the FAR-left lane in the middle of LA traffic when I start to notice that the wheel is hard to turn. Then I look down at the temperature gauge because it was getting hot in the car. That little thing was all the way at red. It took a minute, but I had realized that we had lost power steering and were overheating and all I was thinking was “oh crap imma blow this car up”. Somehow, I make it all the way to the right lane to an off ramp to a gas station just down the street. At this time, we were smoking, and I knew we were in trouble. We ended up having to call for a tow truck and waited at that gas station for 5 hours. Did I mention we were stuck in the sketchiest part of LA. We couldn’t leave otherwise they said they would tow it, even though we had a tow truck on the way. Now you may be thinking, “oh that’s not so bad”. WRONG. We are in the tow truck; the driver is on the phone and was like “I have three beautiful ladies with me. You’ll love them”. We were all like what the heck?!? Then we pull up to a 7-11 and he was like “Oh my friend is going to love you guys”. At this point we were freaking out and ready to jump out of the truck and run away. But we didn’t. We waited and then he came back and then went to the tow station where we switched drivers, which I did not know why and was too scared to ask questions. From here we make it to Fresno where my brother was meeting us to take us the rest of the way home since we could only ride for 200 miles without paying. I have never been so happy to see my brother in my life and we were so happy he treated him to Texas Roadhouse. And that my friends is how I survived a road trip.