This is an article about death. Plain and simple. I'll be blunt in this so if you're a sensitive person, maybe choose wisely if you should continue.  People die, every single day. Do I know the percentage or average? No, but it's common sense. Family members, friends, classmates, co-workers, strangers, die and we live with that. We don't know most of the people who die each day but when someone dies that we, the human race; society, all know, the world mourns for the day.

I'm talking about Kobe Bryant. When I found out he passed away I didn't believe it until watching the Grammys that same day. I had woken up and that was one of the first things I saw when I checked my social media. It's still unbelievable to think about. I won't say I was a fan of him, I didn't know anything about him other than he played basketball. I know a lot of people looked up to him and little kids aspired to be him when they grew up. I know he touched a lot of people's hearts and he will be missed. The question rises, do celebrities deserve to be mourned by the world? Of course. People deserve to feel saddened by the loss of someone famous. They deserve to feel that loss of someone they didn't even know because that person, celebrity, was so well-known to the world. It is okay to mourn the loss of a celebrity because even if you didn't have a conversation with them, you still knew them. You still spent some of your lifetime watching, researching, listening, dedicating some of your time to these people.

People like to bring up those who had died in the military. They use the example of us not mourning them when they're the real heroes. People, there's a whole day dedicated for those who have died for this country. We can't be saddened everyday of our lives for people who chose to put their lives on the line for us. We are grateful and will always appreciate them for the risk they are taking but celebrities didn't get famous to die.

When someone is famous they don't constantly look over their shoulders thinking at any moment they can die. Okay, you can die at any moment of your life but you can't constantly think about it or you'll drive yourself crazy. The point I'm trying to make is that soldiers put their lives on the line. They know what they're doing when they sign up for the military. Celebrities didn't sign up to anything to die.

Too many celebrities have passed away with people belittling their lives and only being negative. When someone passes you talk about the good times. You talk about accomplishments, achievements. Celebrities still have loved ones, family members who have to always remember that their spouse, child, sibling, good friend will never be with them again. 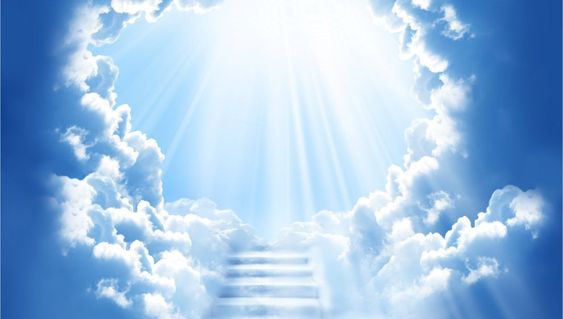 Celebrities are also people, people who live in the spotlight, but still people. They’re normal, they’ve lived. Talking crap about them and belittling their death just because they didn’t die serving this country in the military doesn’t mean it’s okay that they died. It doesn’t mean that their death is any less painful or unbearable. Losing a loved one is hard enough.

Let people mourn the death of a celebrity and get over yourself.

I know I only mentioned Kobe Bryant but there are tons of people who have passed that had left this world way too soon. Kobe is still fresh and to me, still unbelievable. It reminds us all that anything can happen and no matter how well off you are in life, people die.

We have to just make the most of it, the time we are allowed. Take risks, live a life worth telling your grandkids. If you’re second guessing yourself on taking an opportunity with some risks, take the opportunity. You don’t want to regret not taking it later on in life. It’s better to fail than to have not tried at all.

*Disclaimer: I am not responsible for the risks you take. Take risks at your own accord.*