There are so many wonderful women writers who have gifted the world classic works of fiction and poetry, it is nearly impossible to select a mere 3 of them who deserve to be highlighted here. These are simply just three of my personal favourites, and if you wish to read some classic literature and especially wish to hear the thoughts of some of the most brilliant women of all time, then this article is for you!

Edna St. Vincent Millay, born in Maine in 1892, is widely considered to be one of the best poets of all time. From an early age, she was graced with awards and accolades for her writing, and it was much deserved, even winning a Pulitzer Prize, a very prestigious award, early in her career. Edna was a fiery, rebellious, and free spirited woman, who loved all worldly things like sex and substances, and was a massive advocate for the feminist movements of her day. Renascence is highly regarded as one of her best poems, and it was also the first poem she ever entered into a contest. It is a lyric poem, and discusses how the individual self is nothing in comparison to nature and humanity, and that the thought is a scary but profound one. Here is an excerpt from the poem: “The sky, I thought, is not so grand; I most could touch it with my hand! And reaching up my hand to try, I screamed to feel it touch the sky. I screamed, and lo, infinity, came down and settled over me.” Haven’t we all felt this way? 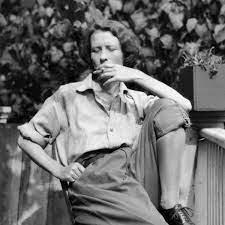 The Yellow Wallpaper is a short story written by the wonderful and brilliant Charlotte Perkins Gilman, born in Connecticut in 1860. Charlotte Perkins Gilman is a profound novelist and humanist, and The Yellow Wallpaper is an iconic piece of feminist literature that was quite remarkable for the time in which it was written, and was actually written in an almost autobiographical way, as the story mirrors how Charlotte Perkins Gilman felt in her first marriage. The Yellow Wallpaper follows the story about a woman who is locked in a room for three months by her husband, which causes her to begin to suffer from psychosis due to the isolation and abuse. The room in which she is trapped has yellow wallpaper, and the woman becomes obsessed with it, convinced that there is a woman trapped in the wallpaper, who is trying to get out. The woman slowly falls into delusion and psychosis, and is convinced she must get the woman out of the wallpaper. The story challenges the way women were viewed in society, and depicts how when women are stripped of their autonomy in society and especially in relationships, it damages their mental, emotional, and physical wellbeing and health. Here is an excerpt: “There are things in that paper which nobody knows but me, or ever will. Behind that outside pattern the dim shapes get clearer every day. It is always the same shape, only very numerous. And it is like a woman stooping down and creeping about behind that pattern. I don’t like it a bit. I wonder- I begin to think- I wish John would take me away from here.” So good and sinister and breathtaking! 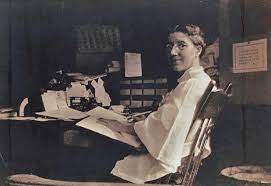 Charlotte Bronte, of the iconic Bronte sisters, was born in England in 1816. She was a novelist and a poet, and one of her most famous novels is Jane Eyre, and it is so famous for good reason, as I would say it is one of the best books of all time. It is moody and dark and brooding yet hopeful, and of course, is definitely full of feminist themes. The story follows the life of Jane Eyre, from a child who feels trapped by the rules of society all the way to an adult woman working as a governess for Mr. Rochester, who has a dark secret. The story follows not only the romance between Jane and Mr. Rochester, but the terrible thing he is hiding and the way women are represented in society. Jane is very critical of the status quo, is rebellious and questioning, and is a very strong and independent woman, which was certainly not the norm in her world, which is why she is regarded as such a feminist icon. Jane Eyre was Charlotte Bronte’s biggest success, and it is a beautiful examination of the role of women while still being interesting and beautifully written. Here is an excerpt: “I have for the first time found what I can truly love- I have found you. You are my sympathy, my better self, my good angel, I am bound to you with a strong attachment. I think you good, gifted, lovely: a fervent, a solemn passion is conceived in my heart; it leans to you, draws you to my centre and spring of life, wrap my existence about you- and, kindling in pure, powerful flames, fuses you and me in one.” Wow, swoon. 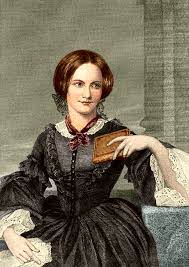