Masculinity. Always been a sort of touchy subject, lots of different opinions, and probably always will be. But with the influx of men who are currently exploring different aspects of themselves and posting in on social media, such as painting their nails and wearing make-up, I think we can finally say with confidence that societies toxic traditional roles of 'masculinity' are being broken down bit by bit. (Side note, this will probably be very long, so I'm sorry, but I think this is a really important topic)

Emotions. Boys are told from a young age, even when crying as a baby (albiet in a joking manner, but it still sticks subconciously) to "be a man". Meaning "dont show emotion because that's too feminine". This whole idea of showing human emotion anywhere other than in your own home/ by yourself makes you weak is co completely ridiculous. Also showing affection. Why is that something that has become known as feminine? Personally I love Lord of the Rings. It sounds kind of random, but one of the the reasons that I love it so much is the way that the men in the movies are portrayed. They are hug and kiss each others foreheads, the call each other 'my freind' and 'my dear', they make jokes without being racist, homophobic or creepy and the amount of people who use the excuse 'it's just dark humor', dark humor is used to make a joke of past traumas or to make light of a seroius/ taboo topic, making fun of someone for being gay is not dark humor. It's just homophobic.

I read a really good article the other day by Esquire.It was an interview of BTS called, 'The Boundless Optimism Of BTS' by Dave Holmes. In the article he is describing how the group appear looking at them together from the outside and  how close and family like they seem;

"their affection with one another, their vulnerability and emotional openness in their lives and in their lyrics, strikes me as more grown-up and masculine than all the frantic and perpetual box-checking and tone-policing that American boys force themselves and their peers to do. It looks like the future."

He descibes the way that they sit, with arms over each others shoulders and speak to and about each other with kindness and respect. And then, like you can see from the quote above, he says how it seems more masculine and grown-up then anything American boys who force themselves and others to do to conform to societies idea of 'masculine' and to be honest, coming from someone who lives in Ireland I think that a lot of Europe is the same). He calls it 'the future'.  When he asked BTS about their thoughts on masclinity, member Min Yoongi was the one to answer and I genuinely am in love with this quote, I've put it in my notes and everything.

"What does being masculine mean? People’s conditions vary day by day. Sometimes you’re in a good condition; sometimes you aren’t. Based on that, you get an idea of your physical health. And that same thing applies mentally. Some days you’re in a good state; sometimes you’re not. Many pretend to be okay, saying that they’re not ‘weak,’ as if that would make you a weak person. I don’t think that’s right. People won’t say you’re a weak person if your physical condition is not that good. It should be the same for the mental condition as well. Society should be more understanding."

It's long, I know, but it's worth every second it takes to read. I've never heard this comparision made before, but it just makes so much sense. While he is talking about the struggles men have with expressing their emotions and talking about mental health, I think the same could be applied to everyone. Women have an easier time when it comes to expressing and talking about emotions, but mental health is still not talked about widely enough by society. Where Min Yoongi comes from, South Korea, talking about mental health, like in many places, is considered taboo. He, however, has never shied away from talking about this in songs, interviews and on lives with fans. While BTS are know widely for their encouraging lyrics meant to help people through tough times, Min Yoongi is definitely the one member who actually talks about the tough times the most, and in detail.

Make-up. One of the many things origionally invented for men, that men today consider to be something that would make them less masculine. I remember watching Dragons Den a while a go and a make-up brand for men were presenting. It was called 'War Paint'. War Paint. Why make a make-up brand just for men that costs the same as high end make-up?Why not just wear make-up that's sold already?Although make-up brands usually use femaly models, I can gaurentee that you wont find one bottle of foundation from any mainstream brands that says "for women" on the side of the bottle. While I think that it's great that the company wants to encourage more men to wear day to day make up, I think they could have left out maybe the name and possibly just used more male models to market their products.

So I am going to bring up South Korea again because, although it is far from a perfect country, they are doing pretty well with the whole 'breaking down toxic masculinity' thing (as far as I can see as an outsider looking in). In South Korea it is considered perfectly normal for a man (especially young men) to be seen wearing BB cream or concealer on a daily basis. A lot of make celebrities in Soth Korea are also seen wearing make-up, just like celebrities and pretty much anyone whos on camera in the western world. While wearing foundation and powder is normal for male celebrities in America (although a lot of people seem to forget that they do), in Korea it is also common for male celebrities to wear eyeshadow. One person who caught my attention when I was looking into this was Park Jimin. He is someone who, as far as I know, struggled with wanting to look and be traditionally 'masculine' and has now come to be more comfortable and confident with himself. Also though, his eye make-up is always really pretty; 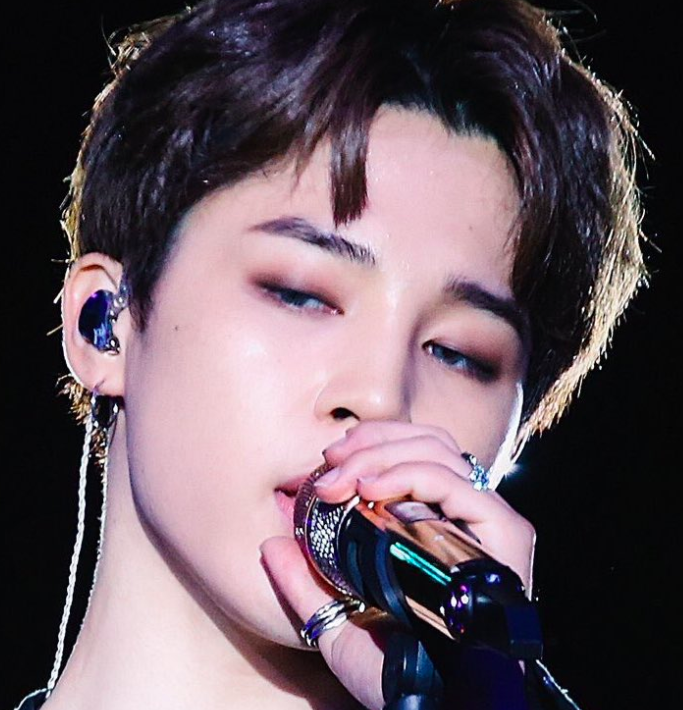 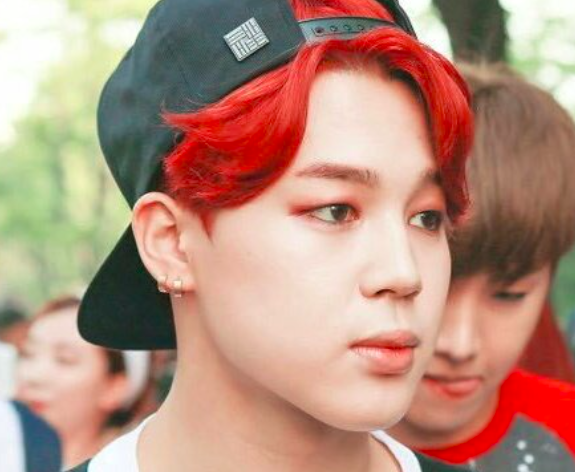 And no, the fact that he wears make-up does not make him any more or less masculine than any other man. The point I am trying to make is not that all men need to wear make-up, merley that they should have the choice and feel comfortable enough to wear make-up if they want to without feeling judged. While people like Park Jimin might live in a society where they feel comfortable doing this, or are just particularlly conident, not everybody does. That is what needs to change.

Clothes. More specifically, crop tops. Invented by men for men. Now gets men ridiculed by other men if they choose to wear them. Where is the logic here people? Crop tops were actually invented by body builders to evade gym regulations about clothes and now, just like heels and make-up, have been decided as feminine.

A lot of people on social media like to share their opinions on this topic, especially on TikTok and while I think it's amazing that we're talking about this a lot more now, a lot of people have the wrong impression of what toxic and fragile masculinity actually is. There's an influx of men who are wearing nail varnish, skirts and make-up and sharing it online, usually on TikTok. But, contrary to what is apparentely popular belief, if a man chooses not to do these things, he does not have a fragile sense of masculinity. I've seen men on TikTok get literally attacked in the comments for saying that they dont want to wear a skirt. Them not wanting to wear it isnt an issue, as long as they are respectful towards those who do choose to. There is no issue with a man saying, "I dont want to wear a skirt", that doesnt mean that he has fragile masculinity, like Min Yoongi said, "What does being masculine mean?" The issue, however, is when a mans reason for not wearing a skirt or painting his nails is because, "That's gay." That is an issue. What you wear or choose to put on you're body has nothing to do with you're sexuality.

Masculinity has and always will be something that we need to talk openly about, otherwise we end up with what we have today. 90% of the world with the wrong idea of what it is and the other 10% that have a more acurate idea, ridiculed by said 90%. I know a lot of people think of the issues we have with masculinity are being solved because there are a lot of people online that challenge the traditional interperetation, but the reaality is that that is a loud minority of people. I live in Irealnd and here, toxic masculinity is as big and bad as it has ever been, if men wear make-up or pait their nails, they are immediately labelled as gay and I know this is also the reality in a lot of other countries. So yes, we thankfully are starting to talk more about this issue with society, but we need to keep talking about it.