The Yemen crisis has recently been trending on social media. It's important for all of us to realise that these pressing issues are more than just a "trend", and they deserve media attention for more than just a week or two. If you are unaware or confused as to what exactly is happening, I urge you to read up and educate yourself. The Yemen crisis is not something that has just recently happened, as Yemen has been torn apart by war for the last 5 years. The United Nations says that it is the worst humanitarian crisis on the planet, and on a planet with so many problems, that's saying A LOT.

This is a simplified explainations of the events that have led up to this crisis because I know how overwhelming it can feel with everything going on right now. There are many parties involved in this conflict, so try to keep up.

Yemen is a country in the Middle East, to the east of North Africa and south of Saudi Arabia, Syria and Iraq. 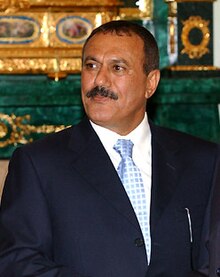 Let's start from the beginning and take a look at the figures that have played a part in this crisis. This is Mr Ali Abdullah Saleh. He served as the president of Yemen from 1994-2012. He once compared governing Yemen to "dancing on the heads of snakes", (this says enough about him) and he has dominated the political scene in Yemen for three decades. He set up a complex network of alliances between the countries civial and military groups, fuelling the societal divisions in Yemen. He created a complex string of problems for Yemen, leaving many upset. 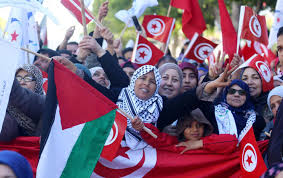 During the Arab spring of 2011, Yemenes began rising up against Saleh. They were tired of his manipulative politics and the low standard of living. There was a series of anti-government protests in hopes that things would change, but sadly, they didn't. 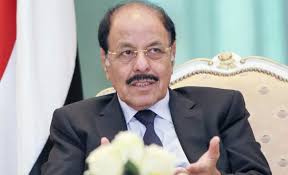 This was when Saudi Arabia stepped in. Saudi Arabia is part of a club of countries known as the Gulf Cooperation Council, or the GCC. The GCC is a regional political and economic aliance of six middle eastern countries, with Saudi Arabia being one of the most influential.

The GCC oversaw negotiations to push Saleh out, and Saleh eventually signed the deal to give up power to his deputy Abd-Rabbu Mansour Hadi. (Hadi) This deal by the GCC helped to install a new government in Yemen, with Mr Abd-Rabbu Mansour Hadi as vice president. However, Yemen continued to struggle under this new government, as the same few elites seemed to be staying in power and not much change was happening. 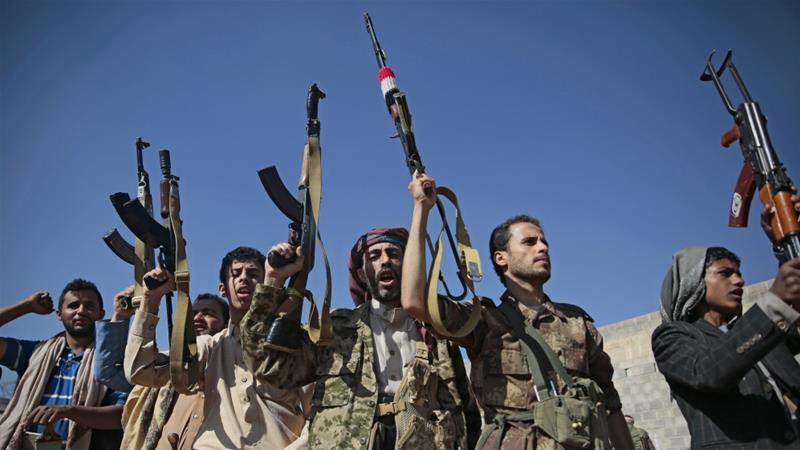 In 2014, groups of Yemenis could not wait any longer and wanted change immediately. One such group was the Houthis, which is an important group that we need to understand in order to see the full picture. The Houthis are a group of minorities from the north of Yemen who have felt marginalized for the longest time. According to a February 2015 Newsweek report, Houthis are " fighting for things that all Yemenis crave: government accountability, the end to corruption, regular utilities, fair fuel prices, job opportunities for ordinary Yemenis and the end of Western influence." It is also worth nothing that they were very involved in the uprising against Saleh during the Arab spring back in 2011.

Here's where the twist comes in though. Since the Houthis and Saleh were both sidelined by the GCC, they decided to join forces and ended up forming an alliance. The Houthis and Saleh took over Yemen's capital Sanaa in 2014, while Hadi (the vice president) fled to Saudi Arabia. This sparked even more internationalized conflict in Yemen. 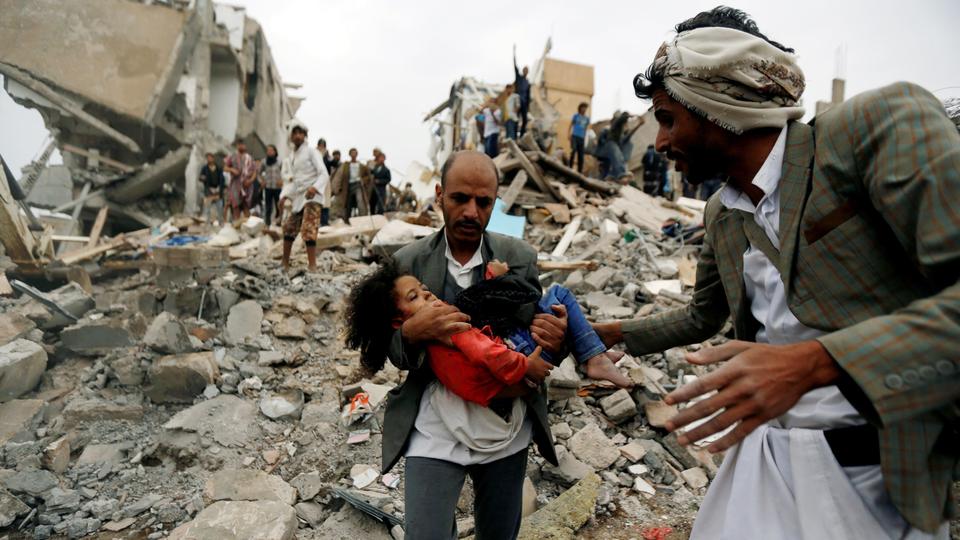 Saudi Arabia and a few other countries then decided to form a coalition (a temporary alliance for combined action) to try to get Hadi back in power and to restore his government, and the conflict has been escalating since then. On March 26 in 2015, the Saudi-led coalition began bombing sites in Yemen. They have caused more than 19,000 attacks in the last 4 years. While the Saudi led forces claim that they've been targeting the enemy, they have been accused of bombing dozens of schools and hospitals by many rights groups, leading to the loss of thousands of innocent lives in Yemen.

It's not just the air strikes that are concerning. In 2015, the Saudia led coalition also created a land, sea and air barrier around Yemen that prevents any aid from coming in and out of Yemen. We know that Yemenis desperately need the humanitarian aid. Cholera, starvation, shortage of drugs, are just some of the many issues they face everyday and according to the UN, around 2 million children under 5 years old are suffering from acute malnutrition and require treatment. In a country with 29 Million people, the UN also states that 24 million depend on some form of humanitarian help. 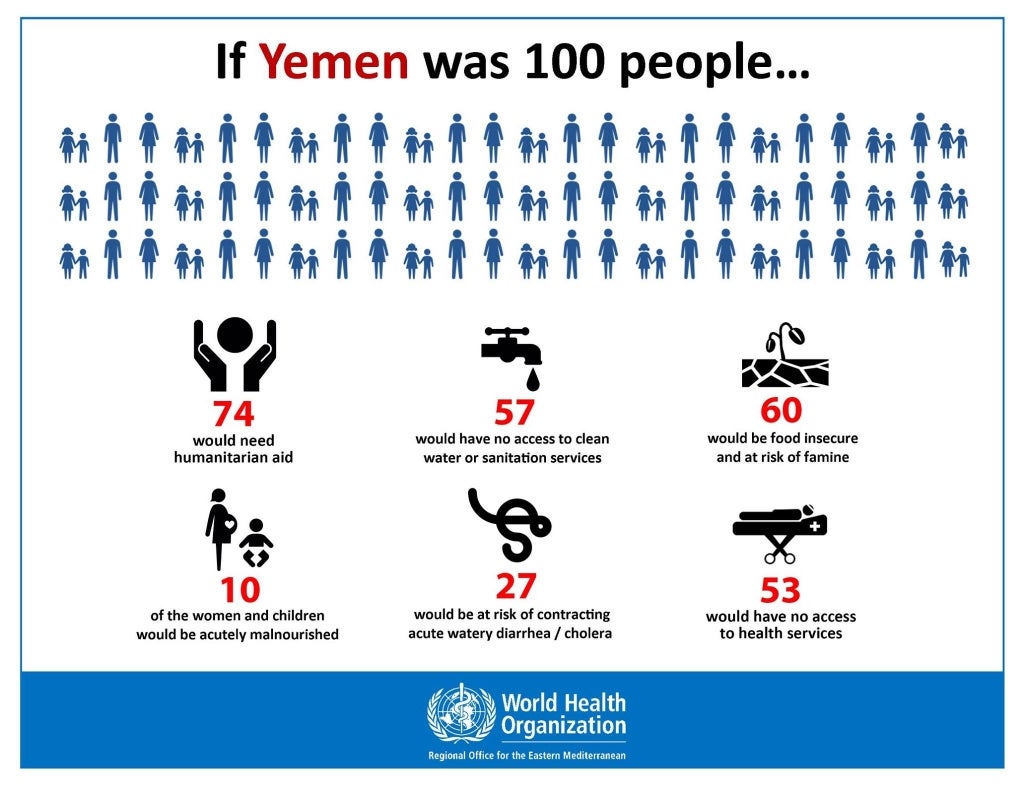 In 2017, the alliance between Houthi and Saleh broke down. Saleh publicly announced on TV that he wanted to talk to the coalition, and two days later the Houthis killed him. However, this did not stop the war between Yemen and Saudi Arabia. The dynamics merely shifted now that Saleh was dead.

As of now, the Houthis are still in control of Sanaa, Yemen's capital, and Saudi Arabia strongly believes they're getting help from Iran. In 2019, there were a series of attacks on Saudi Arabia's oil facilities. Although it has not been confirmed, Saudi thinks that Iran is backing the Houthis up with weapons and funding. While Iran has previoulsy denied backing them militarily, western officials have also casted doubt on the claim after inspecting the weapons used, believing that they are of Iranian technology. 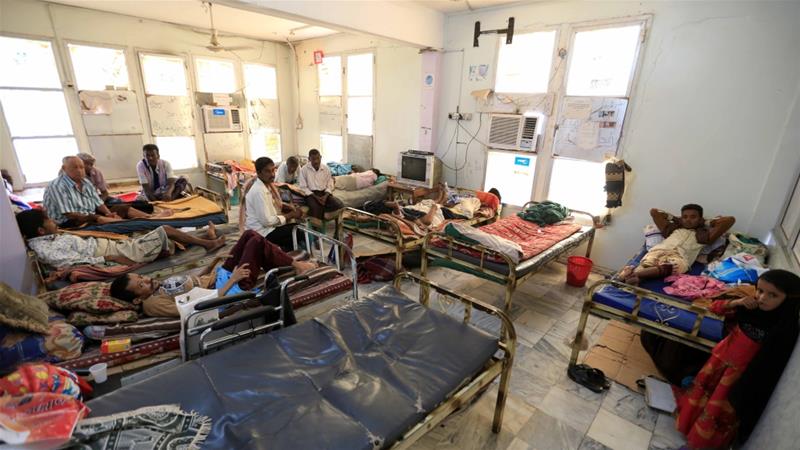 Let's turn our attention back to now. 2020. On April 10, the first case of covid 19 in Yemen was reported, and many more soon followed. Yemen's health system was already on the brink of collapse, and covid 19 has only intensified this issue. The Houthi authorities have tried to hide the exact number of cases and are claiming that the situation is under control, but reports show otherwise. The virus is moving across the country undetected and the Houthis will conitnue to let the situation escalate in order to remain in control. Yemen was already facing the worst humanitarian crisis before this, and they definitely not well equipped to deal with the coronavirus on top of it. 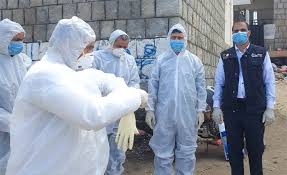 To make things worse, the pandemic has also led to a slowdown in aid and funding. A United Nations donors’ conference this month fell $1 billion short of the $2.41 billion target, because economies of donor nations are also struggling. There are so many complex issues ongoing in Yemen that have all stemed from the violence of war, and the situation in Yemen has been overshadowed by the fight against ISIS in Syria and Iran for the past few years.

A child dies every ten minutes in Yemen.

They have done nothing to deserve this.

If you cannot donate, please spread the word about what is happening in Yemen to the people around you. Use your voice and give them the attention they need. Yemenis deserve to be heard. This is the least we can do as fellow human beings and citizens of the earth and it is what we owe to them.