You've seen them on social media, replying to every critical remark with a fancam. You’ve seen them rock Twitter’s worldwide trends. You’ve watched them seemingly devote their lives to a group of people who they will likely never meet. Who am I talking about? You guessed it: k-pop stans. And there’s one group of stans in particular that EVERYONE knows about (assuming that you aren’t living under a rock): ARMYs, or BTS stans. The fans of BTS are some of the most passionate about their band. ARMYs continually break streaming records and participate in charity work, all for the sake of the seven-member band.  As an ARMY myself, I can say that the energy for our boys is off the charts!

You may find yourself asking: who is BTS in the first place? 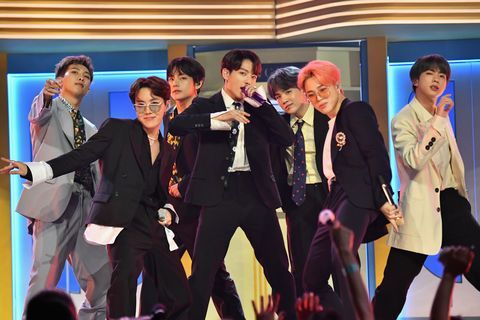 BTS is a seven-member band from Korea. The members consist of RM (Kim Namjoon), Jin (Kim Seokjin), Suga (Min Yoongi), J-hope (Jung Hoseok), Jimin (Park Jimin), V (Kim Taehyung), and Jungkook (Jeon Jungkook). The band is under BigHit Entertainment, a small company that grew to displace the near duopoly of the “Big 3” entertainment companies in Korea. They debuted on June 13, 2013, with their single album “2 Kool 4 Skool”, featuring the lead single “No More Dream”. Originally, BTS had a focus on producing hip-hop music, but over the span of their career, they’ve dived headfirst into a multitude of genres, ranging from contemporary R&B to EDM. They’ve collaborated with various western artists as well, from Nicki Minaj on the traditionally inspired “Idol” to Halsey on the bubblegum pop “Boy with Luv”. 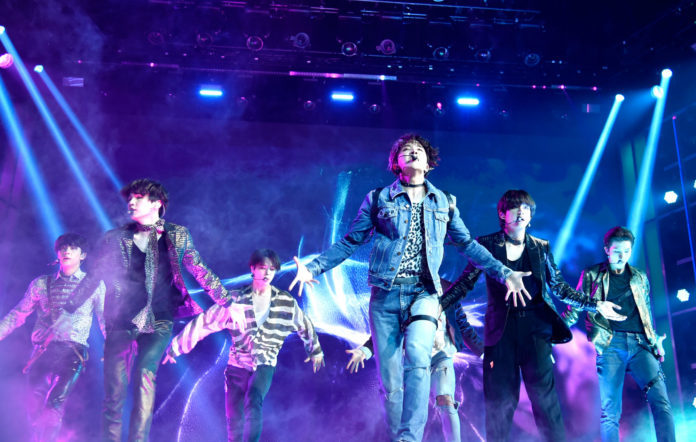 BTS is composed of two main “lines”: the vocal line of Jin, Jimin, V, and Jungkook and the rapline of RM, Suga, and J-hope. Members of BTS play a significant role in the production of their music, writing song lyrics and composing pieces. As of January 2020, BTS has released six studio albums, six extended plays, and four compilation albums. ARMY is gearing up for the band’s next studio album, Map of the Soul: 7, set to release February 21. In addition, BTS members often release solo projects. Members of the rapline each have their own mixtapes (RM with RM and mono., J-hope with Hope World, and Suga with Agust D), and the vocal line has also released individual songs (Jin with Tonight, Jimin with Promise, V with Scenery and Winter Bear, and Jungkook with various covers such as Purpose by Justin Bieber and Paper Hearts by Tori Kelly).

A factor that sets BTS apart from Western artists is their performances. BTS incorporate dancing into their performances, a common practice in k-pop. However, they stun audiences with their unconventional and crisp movements. BTS members perform vigorous routines, all while still hitting the right notes. In one recent performance at the 2019 Melon Music Awards, one of the biggest nights in music in Korea, the boys performed a show-stopping set, including solo performances to songs from earlier on in their career. They went on to receive an all-kill, sweeping up four daesangs (grand prizes).

Even though the band is one of the biggest in the world, BTS has shown that humility is one of their core values. They've worked with UNICEF on the "Love Myself" campaign and spoke at the UN about the importance of loving yourself. They continually shower ARMY with love on social media, replying to them and sharing their joys and losses. BTS often goes live on Vlive, a streaming app, in order to spend moments of their time with ARMY. You are never bored as an ARMY, because BTS always keeps you wondering when something new will happen. BTS has released almost 7 years worth of content ranging from predebut projects to reality shows. Every moment you spend with them is a moment well spent.

BTS is busy preparing for their new album and their performance at the 2020 Grammys. As of January 23, 2020, they have released one comeback trailer and one lead single. Interlude: Shadow (see video below) features Suga rapping and singing over a bass-heavy beat about the realities of being at the top, and Black Swan shows the members speaking of the concerns of letting your passion overcome you. An art film has been released for a classical version of Black Swan.

As members of ARMY enjoy an action-packed schedule leading up to the release of Map of the Soul: 7, I invite you to listen with us. As said by Suga: “You’ll like BTS music if you listen without prejudice.”