Considered to be the largest protest in global history, with millions marching in solidarity - the Farmers' Protest started in August 2020 with small scale protests in the northern states of India: Punjab and Haryana, when the Farmers' Bill was made public. With the Indian Agricultural Acts of 2020 (nicknamed as the Farmers' Bill) newly passed in September 2020, farmers and Farmer Unions across India have described the three act bill as being “anti-farmer laws” and would leave farmers at the "mercy of corporates" according to multiple media sources.

The reform itself will loosen rules around the sale, storage and pricing of farmers' produce. The same rules that have protected India’s Farmers for decades. Big changes include:

The problem with the three act law is that farmers in contract farming arrangements would be the weaker players in terms of their ability to negotiate what they need and in turn would be revoked of their rights. In an interview with Aljazeera, Rashpinder Singh, a farmer from Punjab states:

“Such deals are financially attractive but because there are so many terms and conditions attached, it is difficult for a farmer to cope with them. You become the slave of the company. This fight is not just about economics, but also our right to grow what we want and our self-respect.”

Massive human right violations at the hand of the Indian Government make farmers currently at the protest sites in Delhi vulnerable. From the water supply, electricity and internet cuts to the arbitrary arrest of journalists and detainment of youth who have spoken up, this is a matter of urgency. From the state-owned media instigating hate and spreading propaganda to the police brutality against peaceful protesters, this is a matter of urgency.

Approximately, over 300 disappearances and deaths collectively have been reported and more than 70 have been killed due to road accidents, heart attacks and cold strokes, not including those who have commited suicide or have been attacked maliciously by Police and the Army at sites such as the Singhu Border near Delhi.

According to a live interview I recently saw on KTV, an Indian pay television channel, protesters in Delhi commented on the extreme barrication methods the Government were deploying. This includes spikes in the road, barbed wire and other war-fortification methods. The government has refused ambulance care as well as access to toilet facilities at the protest sites, which is simply inhumane. More protesters continue to arrive in support.

Recently there has been a global uproar, with celebrities such as Rihanna and activist Greta Thunberg speaking out against the Indian Government. Despite threats made against Thunberg and Rihanna for the tweets that they posted, Greta “still” stands with Farmers and “no amount of hate, threats, or violations of human rights” would change that. On Thursday, activists from United Hindu Front took to the streets burning effigies of Rihanna and Thunberg because of their ongoing support of the Farmers' protests. 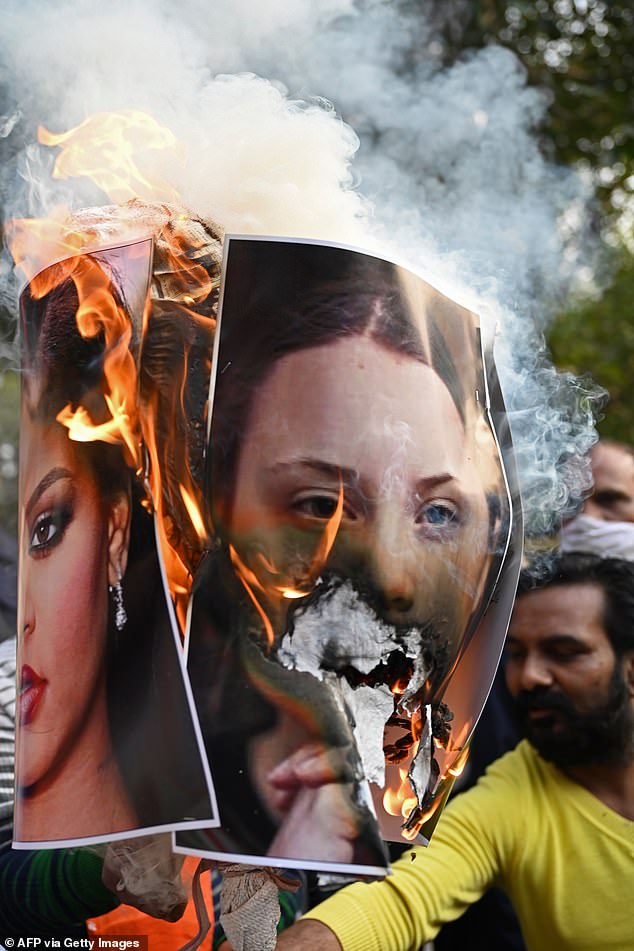 As a fourth generation Punjabi living in England, witnessing this through blocks of video and articles on my feed. I think the Indian government has underestimated the power of the diaspora of Indians across the world and organisations such as Khalsa Aid, which continue to aid the hardworking farmers across India, who are protesting their deserved rights.

To keep up to date with the protests, sign petitions, donate and support the Farmers of India further please follow this link: