Here in Wisconsin, the state partisan primary is approaching quickly. My mail-in ballot has just arrived. Within one political party, I’ll be voting for the candidates I prefer to run for Congressional representative, Wisconsin state Senate, Representative to Assembly, and several county positions. This election is an excellent chance to positively influence local, state, and national government, yet voter turnout for state primaries is historically low. Here are a few of the few most common excuses for not voting–and why they’re wrong.

“I’ll just vote for whichever Democratic/Republican candidate makes it to the general election.”

Just because a candidate is a member of the political party you most strongly identify with doesn’t mean you share the same values and priorities. In fact, political stances can vary wildly among the members of a single party. Take a look at this year’s Democratic presidential candidates: while each candidate was running to become the Democratic nominee, their visions for the country’s future were dramatically different. The same is true at the level of state and local government. Voting in your state’s partisan primary allows you to select officials whose values most strongly align with your own, rather than choosing between just two candidates (and maybe an independent candidate or two) in the general election.

“The presidential election is the only election that matters.”

What??? No! Nothing could be further from the truth. While presidential elections are extremely important, they are by no means the only elections worth participating in. Members of Congress, for example, are in charge of creating our nation’s laws. That’s a really big deal. Daniel Cameron, the man who has failed to prosecute Breonna Taylor’s murderers, was elected to the often-overlooked position of state Attorney General. If you care about police brutality, voting in midterms and state and local elections is one way to make a difference. Sheriffs, mayors, prosecutors, and judges–all of whom are elected or appointed by elected officials–have the power to change how law enforcement is managed and to punish police misconduct. Similarly, issues related to public education, public transportation, and sustainable community development are often determined by state and local government. While the presidential race may generate more attention than any other election, local and off-year elections have the same potential to influence our day-to-day lives. 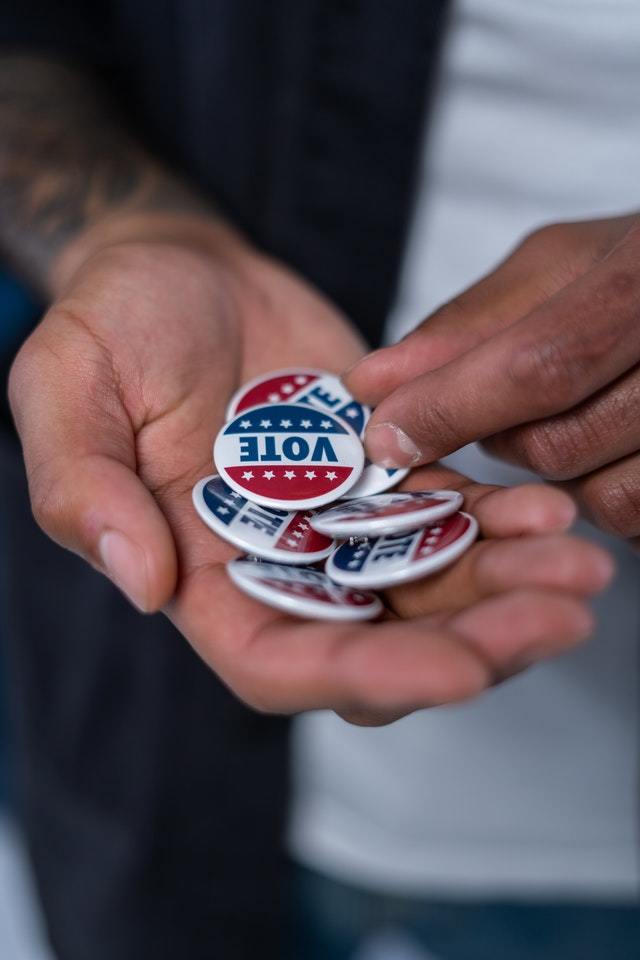 Is the American voting system deeply, purposefully flawed? Yes, absolutely. But does that mean we should just stop voting altogether? No! Your vote still has an impact, especially in non-presidential elections with typically low turnout. Over the past twenty years, more than a dozen American elections have resulted in a tie or been determined by a single vote. And that’s not even counting the number of races that have been won by a handful of votes–like the New Mexico state House seat that was decided by two votes out of nearly 14,000 in 2016. If you have even the smallest chance to make a positive impact on the world, take advantage of it. Voting, in conjunction with other activities that promote social change (such as protesting and signing petitions), has the power to influence the story of our nation.

“I don’t want to risk catching COVID-19 by going to the polls.”

In several states, there’s still time to request an absentee ballot before your primary election! All correspondence occurs online and through the mail, which allows you to protect yourself from COVID-19 while still fulfilling your civic duty. But deadlines are approaching fast, so request a mail-in ballot today. You can follow the links at the end of this article to learn how to register to vote, change your address, request an absentee ballot, and find information about your next election.

For those of you who are going to vote in-person, please, please, PLEASE wear a mask, social distance, and wash your hands frequently.

For some of you, your state primary election has already passed. However, there’s still plenty of time to register and request an absentee ballot before the general election this fall. Every election is an opportunity to make your voice heard, and I hope that with the resources below, you’ll cast your ballot, loud and clear.

Everything you need to know about voting (information in English and Spanish):

Defender Network: Why local elections should matter to Black voters:

NPR: Why every vote matters: